CIA Director David Petraeus has quit after admitting he cheated on his wife, leaving him off the hook in the Senate hearings for the Benghazi attacks. 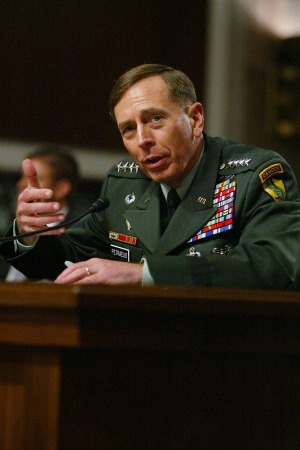 CIA Director David Petraeus has resigned his post over an extramarital affair just days before he was scheduled to testify in front of Congress about the Benghazi, Libya U.S. Consulate attack.

“Yesterday afternoon, I went to the White House and asked the President to be allowed, for personal reasons, to resign from my position as D/CIA,” Petraeus wrote in his letter of resignation. “After being married for over 37 years, I showed extremely poor judgment by engaging in an extramarital affair. Such behavior is unacceptable, both as a husband and as the leader of an organization such as ours. This afternoon, the President graciously accepted my resignation.”

“As I depart Langley, I want you to know that it has been the greatest of privileges to have served with you, the officers of our Nation’s Silent Service, a work force that is truly exceptional in every regard. Indeed, you did extraordinary work on a host of critical missions during my time as director, and I am deeply grateful to you for that.”

“Thank you for your extraordinary service to our country, and best wishes for continued success in the important endeavors that lie ahead for our country and our Agency.”

President Barack Obama accepted the resignation Friday afternoon and said in a statement, “Going forward, my thoughts and prayers are with Dave and Holly Petraeus, who has done so much to help military families through her own work. I wish them the very best in this difficult time.”

While an affair might not sound like it should be a career-ender in this day and age — especially a career as illustrious as the one Petraeus has enjoyed — the CIA code of conduct deems marital infidelity as a fireable offense.

Senator Dianne Feinstein, chair of the Senate Intelligence Committee, confirmed to NBC News that Petraeus would not have to testify in the Benghazi hearings after his resignation.