Donald Trump has no regrets over his recent Twitter rants, naturally. The man of much ego not only has no shame over having let loose on Barack Obama, but isn’t concerned with a growing petition calling for Macy’s to “dump Trump.” 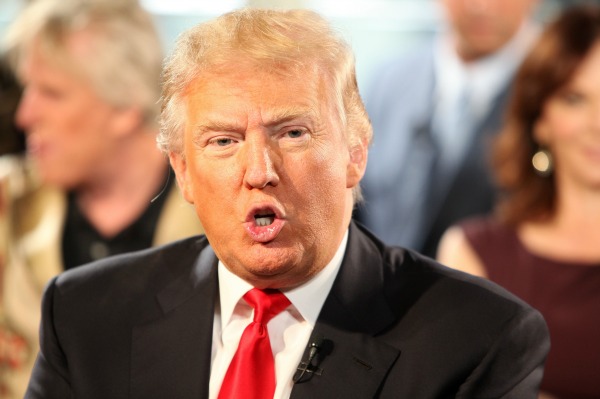 Donald Trump proudly has “no regrets” about, well, anything, and he’ll happily declare so in the third person.

“The fact is that there’s a large group of people who like Donald Trump and what Donald Trump says,” the mogul told Business Week when asked about his recent Twitter tirades. “I have no regrets. I’ve been well-received … I will have way over 2 million Twitter followers shortly.”

“Well-received” is apparently open to interpretation, however. Although Donald Trump clearly likes Donald Trump, others are getting sick enough of the host of The Apprentice to start calling for change.

The 66-year-old, who has been selling ties, shirts, suits and cuff links with retail giant Macy’s since 2005, “engages in especially unpleasant, nasty and despicable behavior,” according to one petition on Signon.org.

The laundry list of criticisms in what’s becoming known as the “dump Trump” petition include: sexist behavior, hypocritical behavior (complaining about jobs being sent overseas while his line of ties are made in China), denying the reality of climate change and perpetuating conspiracies against President Obama.

Macy’s: Donald Trump does not reflect the “magic of Macy’s.” We urge you to sever ties with him. Macy’s says it has a strong obligation to be “socially responsible” and that “actions speak louder than words.” Indeed. It’s time to act.

“We’re one of the hottest brands at Macy’s,” the ever self-assured Donald Trump told Business Week in regard to all of the “dump Trump” petition hoopla.

He continued, “There is a large group of people who believe in what I say. The fact is the response [at Macy’s] will be the opposite [of a problem].”

As of Friday, however, there is also a large group of people who’ve had enough. The petition is on track to reach its goal of 15,000 signatures very shortly.

Do you think Macy’s should “dump Trump” as the petition calls for?