Anne Hathaway is hosting SNL with Rihanna on Saturday. Expectations? Pretty low. Even the promos aren’t funny. But, hey! Maybe Chris Brown will show up?! 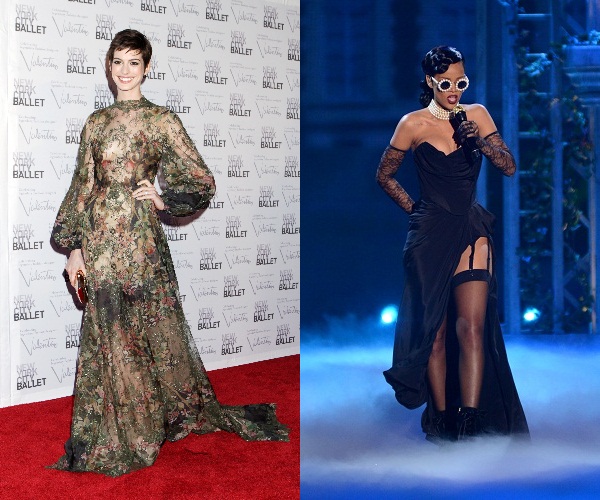 Sure, everyone loves Anne Hathaway and Rihanna. Princess Diaries has absolutely held up over time and Becoming Jane wasn’t awful, either. And RiRi! There’s a very real possibility that absolutely everyone in every first world country owns at least one Rihanna album. Probably either Good Girl Gone Bad or Rated R. But, does anyone actually care about seeing them on SNL?

Both women have been on SNL multiple times. According to the promo, Anne has hosted twice before and this will be Rihanna’s fourth time performing on the show. None of their previous appearances were ever awful. They just weren’t all that brilliant, either.

First, Anne Hathaway is not funny. SNL has proven time and time again that their hosts don’t necessarily need to be hysterical, of course. But it definitely helps. She tries really hard and that’s admirable. At the end of the day, though, Anne Hathaway’s humor is a lot like the pre-makeover Princess Mia: Invisible.

Then there’s Rihanna’s role in all of this. The girl likes to put on a show, it’s true. But her show is usually just an overly sexy outfit and a bit of voguing for the camera while she sings. People watch because she’s nice to look at and her music is good. Nothing groundbreaking is going to happen during her performance. 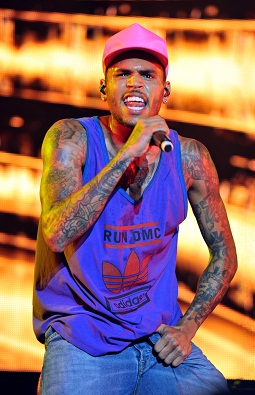 Unless Chris Brown shows up for a duet, that is. Which, let’s face it, might be the only reason anyone will watch this episode of SNL.

Okay, fine. We’re also really curious about SNL‘s post-election coverage. Jason Sudeikis’ Mitt Romney imitation is even funnier than Jay Pharoah’s President Obama (though not quite as funny as Jay’s impersonation of Will Smith or Fred Armisen’s version of Obama from 2008). There’s no doubt that Weekend Update will also be hysterical. But it’d be interesting to know what happens to viewership after that halfway point.

If you plan on tuning in to see if maybe, just maybe, Rihanna will bring her not-so-illustrious ex-BF/BFF, Breezy, that’s cool. Worst case scenario, you’ll still be mildly entertained by the rest of the Saturday Night Live crew.

However, if you’re planning on watching SNL in hopes of finding the comedy the show was once known for, may we suggest a lovely boxed set of the early years, instead?