The new Once Upon a Time episode title says it all: Someone in Storybrooke is a “Child of the Moon.” Have you studied up on your fairy tales enough to figure this one out? Don’t worry, we’ve got the answer! 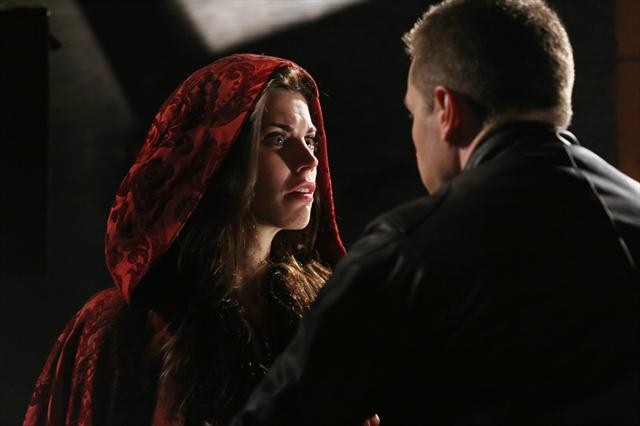 Think about it. What creature or person from fairy tales or folklore comes to mind at the words, “Child of the Moon?” Wolves or werewolves, right? What story involves menacing wolves?

People all over town are getting maimed at the claws and teeth of a vicious wolf, but no wolf can be found. Ruby (Meghan Ory) has a sneaking suspicion about something, though. What if the wolf is really just her? She asks David (Josh Dallas) lock her up for the night. Will anything happen?

Oh, yeah. In the morning, however, Ruby is gone and the cage is destroyed. David and Granny find her in woods, curled up in the fetal position. 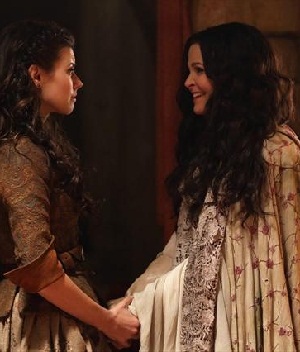 It looks like Little Red Riding Hood/Ruby is the hunted and the hunter all in one. Uh-oh! While she was out during the night, she did some serious damage. Eek. The people from town are going to be pissed!

Meanwhile, in the fairy tale world, Little Red finds a pack of people just like her to keep her company. One minor problem: Red and (Snow) White (Ginnifer Goodwin) are friends, relating to each other as fellow runaways, and the rest of Red’s new pack is not impressed with the ruby-lipped princess. Will Red stay with the pack or stick to Snow White?

Also, Leroy discovers something very, very important while working in the mines.

More of Once Upon a Time