Leave it to Amy Heckerling (Clueless, Fast Times at Ridgemont High) to succinctly skewer the undead cultural obsession with vampires by making a vampire comedy. Alicia Silverstone and Krysten Ritter are the two hippest vampires around, and they give that scowling Kristen Stewart a punch in the jugular. 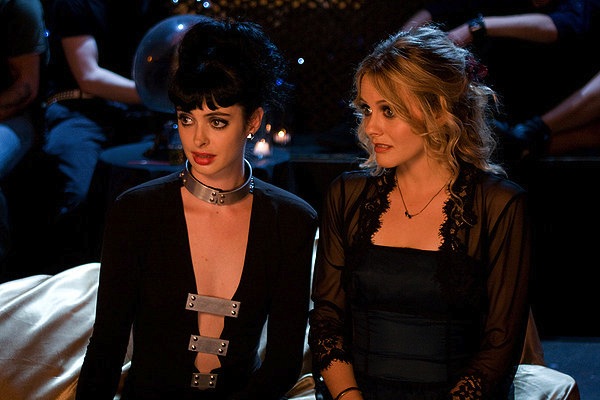 3 stars: Perfect for vamp lovers who like to laugh

Manhattan at night is everyone’s idea of a good time, especially if you’re a relatively young, skinny sexy vampire. Goody (Alicia Silverstone) was turned into a vampire in the year 1841 by her “stem” vampire, Cisserus (Sigourney Weaver) — a sloppy, self-absorbed blood kitten, if you will. Eventually, Goody got so lonely that she convinced Cisserus to turn the sweet and perky Stacy (Krysten Ritter) into a vampire, circa 1985 — and they’ve been BVFs (best vampires forever) since then.

Neither Goody nor Stacy drink human blood, however — they find it cruel. When it’s time to feed, they pop a straw into a large New York rat and suck it like a juice box. They still crave human plasma but go to a 12-step program to manage their addiction, repeating the mantra, “one drop is too much, one family is never enough.” 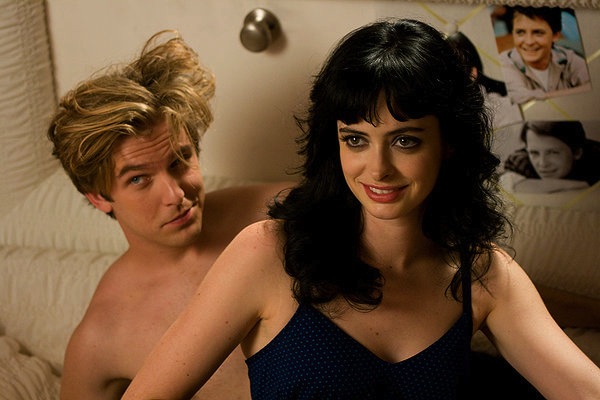 One of the funniest moments in the film comes when Goody goes home with a coked-up rocker after a party, and just as his nose begins to drip blood from snorting too much blow, she is overwhelmed with hunger. It’s just a couple of tiny droplets, but they are red, they are fresh and they are just hanging there on the dude’s face.

Finally, Goody just can’t control her urges and sticks her tongue deep into his nose, just to make sure she gets every last drop. And just like every girl who goes on a binge, Goody feels horribly guilty afterward. 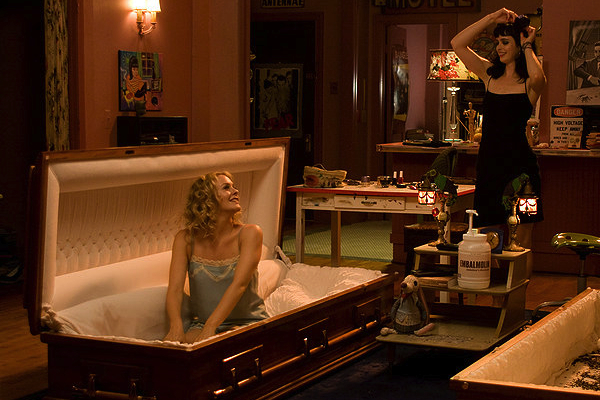 Goody is charmingly nostalgic and is played perfectly by Silverstone. Having lived for over 150 years, she remembers a simpler time and longs for the excitement of the Industrial Revolution but not the bombardment of personal electronics.

These days, everything is moving so fast that Goody wonders whether staying young forever is worth it when she can’t appreciate the technological advances the future brings. Her life and time is in the past. Here, writer/director Amy Heckerling creates a clever metaphor for aging. We all say we want to look young forever, but maybe we just really want to feel relevant forever?

As Goody and Stacy deal with coffin hair and vampire hunters, they are soon faced with a death-altering decision: stay undead or rejoin the world of the living (and dying). Dead or undead, Goody makes a beautiful sacrifice that is truly human.

Bottom line: Vamps is super cute and offers witty social commentary on these modern times. If you’re a fan of Heckerling, you may recognize that pizza delivery guy (Taylor Negron) as the same actor who delivered that famous pizza to Sean Penn in Fast Times at Ridgemont High.

Vamps is in theaters now and will release on DVD Nov. 13th.