Who is Ariel Winter’s boyfriend, the young man who has been causing all of the family drama? Gossip detectives believe they’ve nailed down the fellow that her mother says nearly committed statutory rape — and he’s a Disney star! 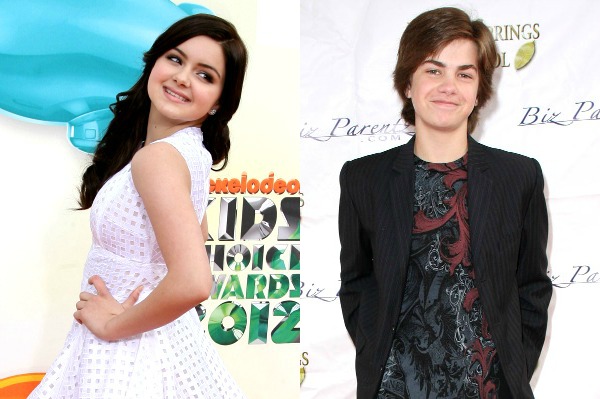 Ariel Winter‘s boyfriend may be the latest young Disney star to have been caught behaving badly. Rumor has it the 18-year-old, who was found in bed with the 14-year-old Modern Family actress by her mother, is none other than Cameron Palatas.

Who? With so many shows, it can be hard to keep track, but he’s the one from the Disney series A.N.T. Farm who has also made cameos in other shows such as iCarly. The guy with the “Advanced Natural Talent” on the small screen has been linked to Ariel Winter in multiple ways.

Ariel Winter’s mother: I saved her from statutory rape! >>

Along with publishing photos of Ariel Winters and Cameron Palatas together, many publications have reported that they’ve been an item for months. Notably, while their dating may not be entirely scandalous, the lack of breakup reports now appears to be key!

Perhaps most credible of all the evidence supporting the theories that Cameron Palatas is the freshly minted man being investigated for having an inappropriate relationship with a 14-year-old is a tweet from Ariel Winter herself.

Back in August, she wrote to followers, “And thank you to everyone who is supportive of me and @cameronpalatas. It really means a lot. Love y’all! ?”

If Ariel Winter’s boyfriend is indeed Cameron Palatas, pictured above in 2009, then he is the 18-year-old who is now the subject of an investigation by law enforcement, thanks to her mother’s report. Sources have confirmed the Sheriff’s Special Victims’ Bureau currently has a detective actively working on the case.

The actor recently joked about an important milestone in his life, posting “First time. Yeahhh. ;D” on Twitter, with a photo of an “I Voted” sticker.