The most anticipated event of the season is finally here, as Glee returns from a monthlong hiatus. 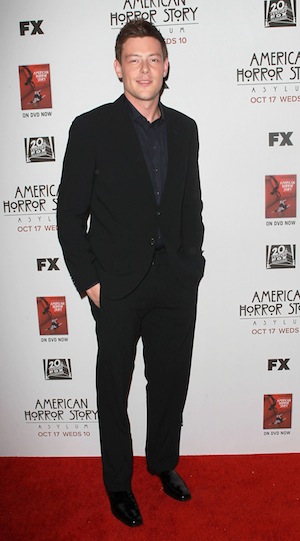 How many of us were DYING while awaiting the premiere of tonight’s episode? I never actually used a calendar until I got the date Glee would return.

Related story Glee Cast's Naya Rivera Tribute Reminds Us of Her Roles as an Ally & a Mom
Dear Glee,
Don’t play these games again. I know you are all about “self-discovery,” but I am well aware of how much of a Gleek I am.

But Glee fans, Grease-inspired music and costumes do not reach a culmination in this episode. This is a theme that will also be present in episodes to come.

OK, we get it Finn, you’re depressed

How does Glee reciprocate my near-death longing for its return? It does it by introducing the first few moments with our most beloved mourning character, Finn (Cory Monteith). He is currently back in Lima, working at a tire shop and bemoaning how he lost Rachel. Woe is you, Finn, and maybe you needed to lose the girlfriend so you could get some goals!

Mike (Harry Shum, Jr.) and Mercedes (Amber Riley) return to support Finn’s attempt to work with Artie (Kevin McHale) to co-direct McKinley’s production of Grease. It proves to be successful, as Finn ends up standing up to Sue and sees potential in Ryder (newbie Blake Jenner) — a new sophomore on the football team. Seeing a bit of himself in Ryder, Finn takes him under his wing and acts as a mentor — and ironically, ends up inspiring himself to motivate others. Once Will (Matthew Morrison) announces his departure for Washington and his stepping down from Glee, he passes the torch on to Finn.

Jake, do you or don’t you want Marley?

This annoying Quinn (Dianna Agron) wannabe — who I mentioned that Jake, for some unknown reason, was attracted to — is a cheerleader on the Cheerios cheerleading squad. I have yet to know her name, but I certainly do not care to.

In the episode’s most catty moment, she throws words at defenseless Marley, stating she is “5,000 pounds away from 50 shades of gravy.”

Good one, because making fun of an overweight mother is the most classy route to go. It’s OK, the blonde we don’t care about is just bitter because Jake (Jacob Artist) dumped her.

Jake, what are you doing? You stare longingly at Marley, only reaffirming you are just like the adoring, naive Jacob (Taylor Lautner) from Twilight. Regardless, you decided to audition for the Glee Grease play, only based on the premise of getting closer to Marley, who allows herself to be used, and you both audition — together. Well, clearly you didn’t get the lead of Danny… because you and Marley don’t have real chemistry. Who got to play Sandy and Danny, you ask? Marley and Ryder (the new IT couple).

Gender issues were big, this episode

Unique (Alex Newell) wanted to be the iconic Rizzo. Sue (Jane Lynch) strongly opposed it and went as far as challenging and threatening Finn. But the truly heartfelt confession by Unique is what sold me on the real importance of acquiring the role in the play: the need to belong. Transgender issues are always a sensitive topic, but this episode gave us all a personal insight — hopefully dissipating some of the ignorance that surrounds this controversial topic.

In other, more uninteresting news…

As always, Emma (Jayma Mays) and Will are talking about the most minor issue known to man: relocating. I understand the time and distance apart will be difficult (long-distance relationships are not easy), but isn’t that an adult experience most of us go through at some point in life? Sorry ,Glee, I just can’t get into this storyline as well as the others.

“Hopelessly Devoted to You,” by Olivia Newton John

“Everybody Talks,” by Neon Trees

“Born to Hand Jive,” from Grease

This episode was decent, especially given my personal favorite moment: the irony of Blaine (Darren Criss) singing “Hoplessly Devoted to You” when he was the one that cheated on Kurt (Chris Colfer). The drama never ceases to surprise me, folks. I thought the anticipation was bad before, but I cannot WAIT to see how the Grease play turns out. Can you?

For more Glee reviews, check these out: