The actress is never shy about sharing her opinions, including her love for the state of Kentucky. So politicians may be counting on her in 2014 to oust the longest-serving senator in state history.

Related story Is Lara Trump the Next Political Star in the Trump Family? 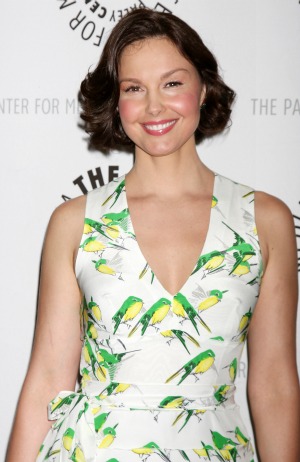 With the 2012 elections over, politicians are already looking to the future for their next chance. With Kentucky’s longest-serving senator still in his seat, a challenge in the next election would have to come from a formidable opponent. So state Democrats are looking outside the world of politics for that opponent. And in Kentucky, it looks like that opponent may be actress Ashley Judd.

“If you had an Ashley Judd–McConnell race, I think it would be as high profile a race as Elizabeth Warren and Scott Brown,” Democratic U.S. Rep. John Yarmuth told the Courier-Journal in Louisville.

Senator Mitch McConnell has held his seat in the U.S. Senate for the state of Kentucky since 1985, and he is the Minority Leader of the Senate. But Judd may not be jumping into the race quite yet. She spoke to Us Weekly and stayed very vague on whether she had considered running.

“I cherish Kentucky, heart and soul, and while I’m very honored by the consideration, we have just finished an election, so let’s focus on coming together to keep moving America’s families, and especially our kids, forward,” the actress said.

But for the Democratic Party in the state, it seems that Judd’s name recognition would give them a great chance of finally winning the seat back from the Republican senator, who will be running for his sixth term.

“The money would pour in here as soon as she entered the race,” Rep. Yarmuth said.

And as for Sen. McConnell, he doesn’t seem too worried. In fact, he told Us Weekly he knows Judd’s work and really respects everything she does. And that goes for both her professional and political life.

“Senator McConnell and his wife are big fans of Ashley Judd’s movies and appreciate her energy, particularly when it comes to getting young people engaged in the political process,” the senator’s campaign manager told Us Weekly.

Time will tell whether Judd decides to run, but she’ll have to make the decision in the next few months since campaigning will start soon for the 2014 races.