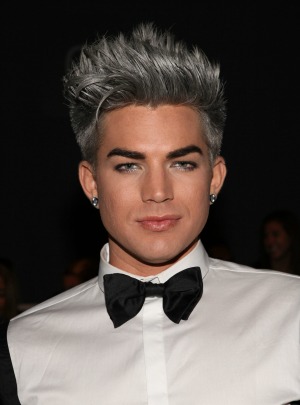 This year, VH1 Divas is changing things up a little, hiring a man to host the annual benefit show. American Idol alum Adam Lambert has been announced as the host of, and a performer on, the Dec. 16 show.

The special will be honoring dance music as well as current and past divas. Performers signed up so far include Miley Cyrus, Demi Lovato, Kelly Rowland, Jordin Sparks and Ciara. The special is also planning tributes to Whitney Houston and Donna Summer.

“I’m so thrilled to be hosting VH1 Divas this year,” Lambert told MTV. “I have a feeling it’s going to be the most fabulous concert of the year! And live!! Get ready for some amazing performances, killer fashion and fierce divas!”

“This is going to be one hell of a party! We are extremely thrilled to have the extraordinarily talented Adam Lambert as our 2012 VH1 Divas host,” Lee Rolontz with VH1 told MTV. “The world has truly been inspired by dance music and what better way for VH1 to pay tribute than by honoring legends Whitney Houston and Donna Summer through song and dance.”

The show will air Dec. 16 at 9:00 p.m. Eastern, and since it is being called a “dance party,” chances are good that all involved will spontaneously break into dance.

VH1 Divas will benefit the VH1 Save the Music Foundation, a nonprofit organization whose goal is to keep music alive in public schools. According to the Sacramento Bee, it has donated more than $49.5 million in new musical instruments to 1,850 public schools. Those gifts are estimated to have helped over 2.1 million children enjoy music.