We haven’t seen the last of The Killing. The AMC drama, which was canceled earlier this year, is on the mend. It may have found a new home thanks to Netflix. 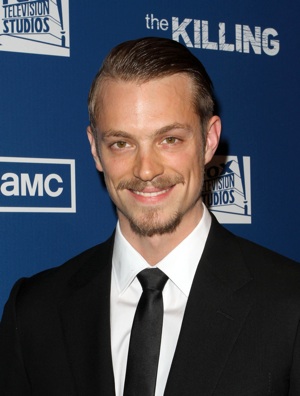 Fans of AMC’s The Killing are in luck. The defunct drama is primed for a return. It sounds crazy, but the series could be un-canceled. Thursday, several reports surfaced that AMC was working with Netflix to revive it for a third season.

Back in July, AMC pulled the plug on the show after two seasons. But its producing partner, Fox TV Studios, was optimistic that viewers hadn’t see the last of the series.

Fox released a statement saying, “Fox Television Studios is extremely proud of The Killing, the extraordinary writing staff and crew, and what we believe is one of the best casts on television. We will proceed to try to find another home for the show.”

Could Netflix be that home? According to The Hollywood Reporter, it could. They’re hammering out a deal similar to what DirecTV and NBC had for Friday Night Lights. Netflix is no stranger to bringing programs back to life. Next spring, it’ll air all-new episodes of Arrested Development, and that show was canceled six years ago.

When The Killing initially debuted, it was a critical favorite. It had solid ratings and engaged audiences. Viewers were wrapped up in the mystery of “Who killed Rosie Larsen?” Unfortunately, the build-up led to an underwhelming season finale.

Instead of answering that looming question, it ended with a major cliffhanger. This outraged fans, who felt duped. Therefore, when The Killing returned for Season 2, there was an obvious ratings decline. It lost its edge, and AMC lost its interest.

The Killing was headlined by Mireille Enos and Joel Kinnaman, who are still contracted for a third season.