The VP will play himself on an episode of Parks and Recreation, but why did the show keep it a secret until after the election? 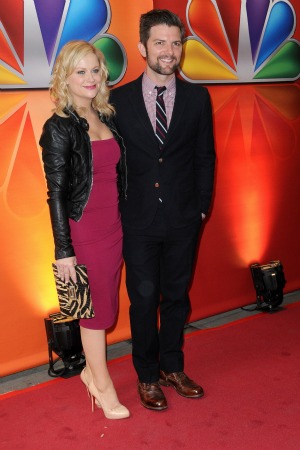 Now that he knows he will be vice president for four more years, Joe Biden can sit back and watch himself as the object of affection on Parks and Recreation. Biden filmed the part earlier this summer.

“The vice president’s office said Biden taped a cameo appearance back in July,” said the Associated Press. “He said Thursday on Twitter that ‘my whole family loves the show, and I had a great time doing it.'”

And the show loves Vice President Biden as well. Amy Poehler‘s character, Leslie Knope, has in the past talked about Biden and her respect for him, but it’s more than that.

“Vice President Biden is both Leslie’s political hero and her number one celebrity crush, so meeting him is obviously a huge moment for her,” the show’s executive producer, Mike Schur, told the Hollywood Reporter. “We looked at a number of actors to OK the role of ‘Vice President Joe Biden,’ and ultimately, Joe Biden himself gave the best audition.”

Parks and Recreation was taking a chance, knowing the election could have gone either way. Also, election laws that say candidates must be given equal time on TV, so people involved with the show knew that if anyone found out, they would have to hurry to change things at the very last moment.

“The show’s executive producer told the New York Times that Biden’s appearance was taped under strict secrecy,” said the Associated Press. “The show was warned that provisions might have to be made to give Republican vice presidential nominee Paul Ryan a similar cameo if word of Biden’s participation leaked out before Tuesday’s election.”

Vice President Biden is just the most recent of many political figures to make cameos on the show this season, which is setting part of its storyline in Washington, D.C. The episode featuring the VP will air Thursday, Nov. 15.