Portlandia: Like a mockumentary… except different. Quite possibly the weirdest, most smirk-inducing show on television. And it’s coming back! 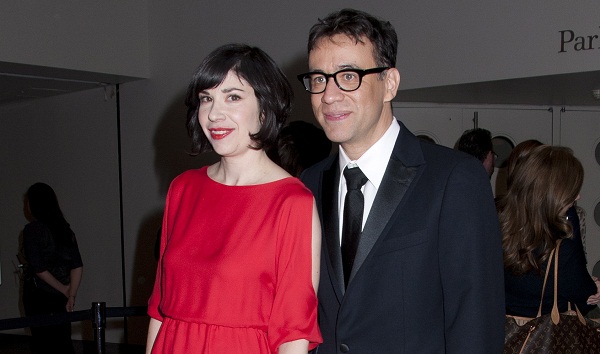 Portland is an interesting city. Cultures that survive only on the edges of society elsewhere seem to thrive in Portland. If you’ve ever been to Trader Joe’s and spent five minutes standing behind a woman with a long gray braid while she reads each package of grass-fed beef, you’ll recognize the people Portlandia highlights. If you’ve recently almost run over a zenned-out thirty-something as she exited her pilates studio and crossed the street without looking, you’ll relate to the humor of Portlandia. If you enjoy any and all types of snarky jokes with pointed references to any subculture you find to be utterly ridiculous… it’s time you tuned in.

You’re just in time, too. The fresh season of Portlandia‘s co-mock-edy begins Jan. 4 on IFC. That gives you nearly two months to catch up on the show via Netflix.

Check out this clip from the first season in which Fred Armisen and Carrie Brownstein tackle the ridiculousness that is a “localista.”

Fred Armisen puts his SNL connections to constant use, making Portlandia home of the cameo. The Hollywood Reporter is already promising guest appearances from Kyle MacLachlan (Desperate Housewives, Sex and the City) and Chloe Sevigny (American Horror Story, Big Love). Sevigny will play the main characters’ roommate. Meanwhile, MacLachlan will continue his role as mayor (of Portland, of course).

Admittedly, Portlandia isn’t everyone’s cup of chai. We recommend giving Armisen and Brownstein a chance, however. Check out their holiday special, Winter in Portlandia, on Friday, Dec. 14. You might just be swayed to stick around in January for Season 3. (Or better yet, move to Portland and experience it for yourself!)