Last month, The CW announced Jan. 14, 2013 as the premiere date for The Carrie Diaries. Now, with one month and 11 days left, they’ve served up yet another awesome preview. Is it possible to get any more excited? 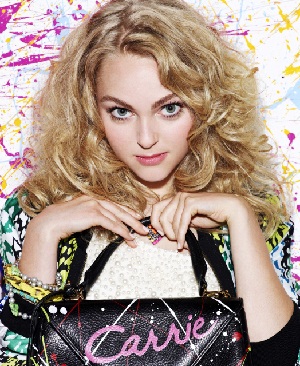 While you’re out holiday shopping, make sure you grab the following things:

Once you’ve stocked up and the last note of “Silent Night” has faded from your speakers, it’s time to toss Madonna or Cyndi into the CD changer. You’ll have exactly 20 days to shed the Christmas spirit and prepare yourself for the totally rad ’80s.

The Carrie Diaries premieres on Monday, Jan. 14, 2013, at 8/7c, but in the meantime, we’ve got a brand new, retro fashion-filled promo to get giddy over.

Ruffle your skirt, pull on those leg warmers, slap on the leopard print bracelets, and crimp that hair, girl. When Jan. 14, 2013 comes, it will be the new 1984.

If you’ve somehow missed all of our other exciting tidbits about The Carrie Diaries, fear not! We’ve got you covered! 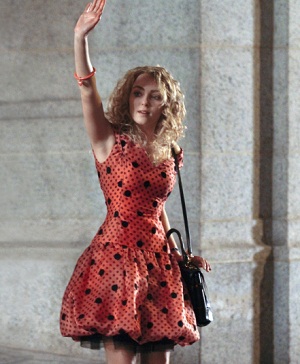 The Carrie Diaries is the spin-off/prequel to the always popular Sex and the City. Just like before, the story is told from the viewpoint of Carrie Bradshaw.

This time around, AnnaSophia Robb (Soul Surfer) slides her feet into Sarah Jessica Parker’s fabulous shoes to play a much younger version of our favorite New York City gal.

The show will follow Carrie Bradshaw as she embarks on her senior year of high school and tries to adjust to a lot of new changes. Carrie’s mother passed over the summer, leaving Carrie and her little sister, Dorrit, to fend for themselves on everything girl-related.

As Dorrit rebels and spins wildly out of control, Carrie just tries to stay out of her destructive path. To help distract her from the craziness at home, Carrie’s father (Matt Letscher) hooks her up with an internship in the city. As she swoons over the latest fashions at Century 21, Larissa (Freema Agyeman), the style editor for Interview magazine, spots Carrie and the two immediately become friends.

Is Carrie ready for the grown-up world of Larissa and New York, though? We’re giddy to find out!

Images courtesy of WENN and The CW