Big hair, bright clothes and tall heels are coming to The CW. The network has finally given The Carrie Diaries a premiere date. Not only that, but several shows are in for a time change. 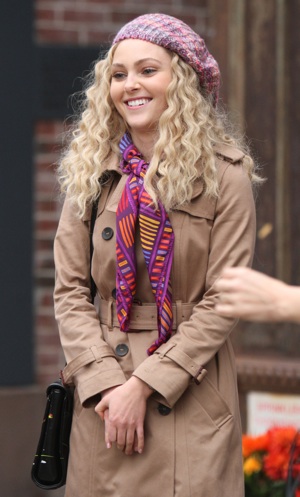 The CW shows are on the move. The network announced the premiere date for The Carrie Diaries, as well as a time swap with America’s Next Top Model for Nikita. The Carrie Diaries is the highly anticipate prequel to Sex and the City, while Nikita is a loose adaption of the French film La Femme Nikita.

The Carrie Diaries is set in 1984 and centers on a teenage Carrie Bradshaw (AnnaSophia Robb). It follows her early adventures in New York City, which include her first true love. According to The Hollywood Reporter, the series will premiere Monday, Jan. 14 at 8/7c.

The Carrie Diaries will bump 90210 into the 9/8c slot, which Gossip Girl currently occupies. Right now, GG is in its final season, and will end its run Dec. 17. Therefore, its spot will be free for the taking.

As for Nikita, it’s been going through a rough patch. This season, it premiered in a new time slot (Friday, 9/8c), which proved to be a mistake. It was pitted against other genre favorites Grimm (NBC) and Fringe (Fox). The stiff competition caused a major dip in Nikita’s ratings.

Thankfully, the network learned from its mistakes. Starting Nov. 30, Nikita’s moving up an hour, taking America’s Next Top Model’s spot at 8/7c. But don’t worry, it won’t step on any toes. The reality series wraps its run on Nov. 16.

Nikita will now be paired with repeats of Arrow, The CW’s newest hit. Now that’s a Friday night we can work with.