If you’ve been craving something new written by Jennifer Weiner, check out her latest chilling eShort story.

Jennifer Weiner is back with an eShort story you’ll love

If you’ve devoured everything by New York Times best-selling author Jennifer Weiner, including her most recent novel The Next Best Thing, and you’re craving something new, you’re in luck.

Listen to an audio excerpt of Recalculating here >>

About A Memoir of Grief (Continued) 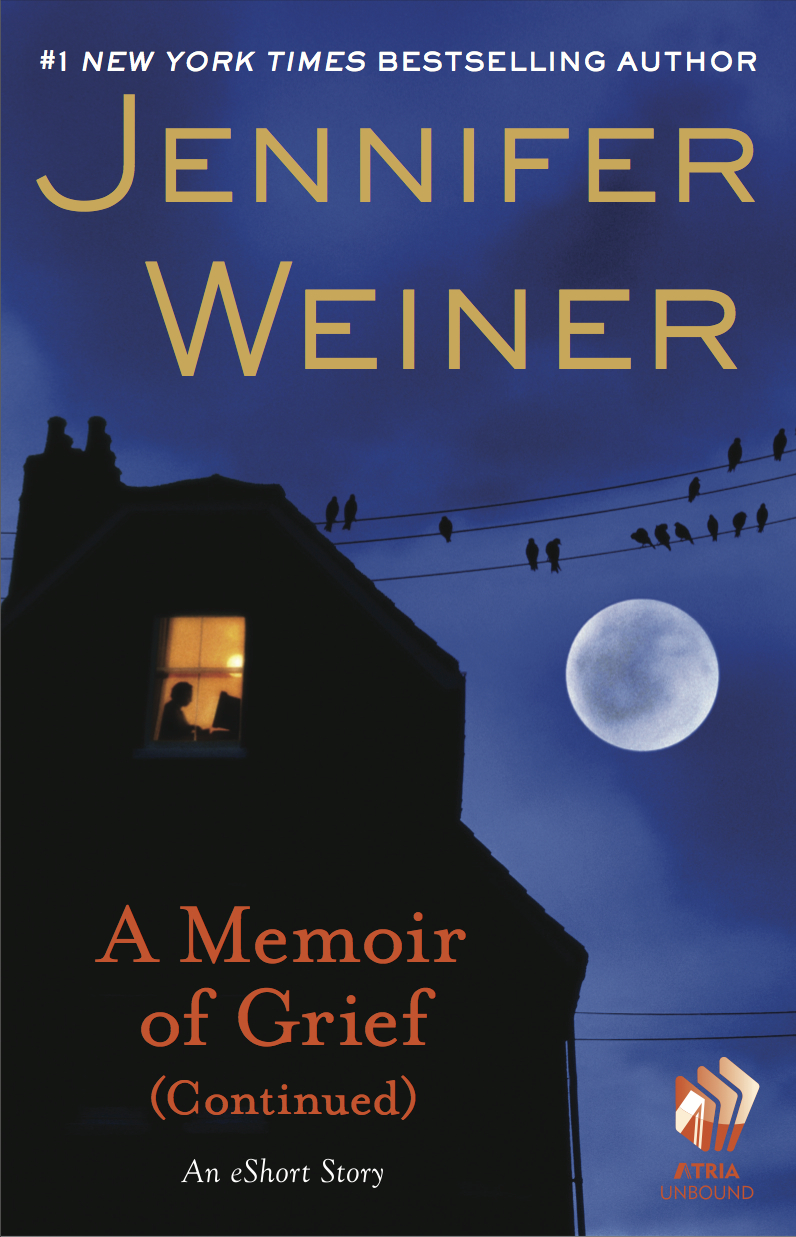 Here’s the synopsis: Artists have their appetites. This is what Ellie King would tell herself when discovering lacy panties in the backseat of her husband Gerry’s Cadillac, when Gerry was too self-involved to embrace their only son, or when he insisted on summers in The Hamptons and bespoke suits from London when, in fact, as critics pointed out, his once thriving writing career was past its prime, and they were buried in debt.

Yet, Ellie tried her best to portray the charmed, whimsical life she had dreamed of since her days as an English major at Wellesley College — the kind of life a sophisticated literary couple should be leading: chauffeured soirees, nostalgic trips to Europe, and cozy evenings filled with cups of strong black espresso.

The skeletons that Gerry King harbored in his closet were known by only one other person: Ellie. And she wanted to keep it this way. She had given up everything for him.

However, when Gerry dies of cancer, he leaves something behind that would expose all of their dirty secrets; something that would jeopardize the mask that Ellie worked so hard to front. And when it gets into the wrong hands, Ellie is forced to do the unthinkable…

In A Memoir of Grief (Continued), Jennifer Weiner exposes a woman’s world of shattered dreams and raises an intriguing question: How far would you go to protect your pride?