Oliver must dodge accusations that he’s “The Hood” before the truth gets out, things get steamy with Laurel, and an infamous villain joins the party. 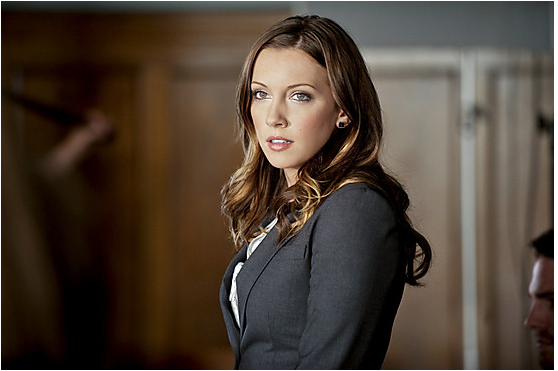 When we last left our hooded vigilante, he was being hauled off in handcuffs by Detective Lance (Paul Blackthorne), who swore up and down that Oliver (Stephen Amell) was “The Hood.” But, Detective’s Lance known hatred for Oliver mixed with Oli’s “playboy whose not smart enough to be to a crusader” image makes the accusation hard to buy.

Oliver refuses to have any legal representation except for Laurel (Katie Cassidy). This borderlines on a cruel request since her father is the arresting officer and let’s not forget, he cheated on her with her sister, who also died on his watch. It’s not surprising that Laurel takes the job in a dramatic fashion, walking in late to the courtroom, and defending her new client. It is especially not surprising she took the gig after Moira says, “No wonder my son is so smitten with you.” You could almost see the butterflies spazing out in her stomach.

The two later share a kiss in a sexy “let me take my shirt off so you can see all my scars” kind of moment, but then immediately come up with a handful of excuses why they shouldn’t be together. Oh, you silly kids. Don’t fight your feelings.

Oliver is released on bail and put under house arrest (which is just another reason to have a wild party). He tells Digg (David Ramsey) that he intended to get arrested so he could address the accusations that he was the Hood that were beginning to surface. So, while Oli’s under watch, Digg takes over as the Hood and rocks it.

There is a tense scene where Detective Lance is giving Oliver a polygraph test. Oli aces it,  probably just another skill he picked up on that crazy island. When Lance asks him if he’s ever killed someone he answers, “Yes, when I asked your daughter Sara to come on my yacht with me.” That’s an arrow straight through the heart. It’s obvious how guilty he feels.

Speaking of the island, that place is turning more into the island from Lost every day. This time, Oliver was trapped in an underground cage by more masked villains. The leader, Edward Fryers, wants information on the original Hood, but Oliver won’t say anything. And here enters the infamous Deathstroke (DC Comic fans, get excited), who tortures Oliver. He is saved by his cave-dwelling friend, who is very impressed that the young man didn’t say a word.

Now, of course, we have to address the issue of Walter and finding that pesky ship in the warehouse. Moira (Susanna Thompson) obviously didn’t intend for him to find it (she really should have used a tougher password than her dead husband’s name, seriously), so Walter sends a security chief to move it. But, the chief is murdered. Now Walter is pretty suspicious about his wife’s character and he bolts to Australia to get away from her. I wonder if that’s far enough to escape her and her evil cohorts?