The singer performed at a benefit Monday and said her uncle George was one of the victims of the storm. She said her family “just didn’t think it was going to get that bad.” 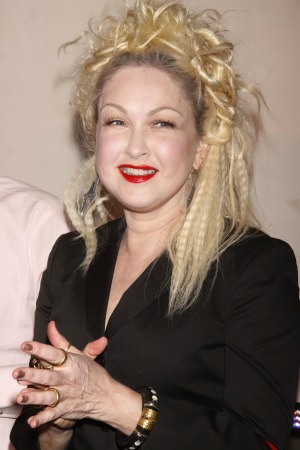 After the destruction and heartache caused by Hurricane Sandy, many East Coasters have said they didn’t evacuate because they just didn’t think it would get as bad as it did. One celebrity to suffer the consequences is Cyndi Lauper. The singer spoke at the Lenox Hill Autumn Ball, a benefit for storm victims, on Monday and shared that she lost a family member in the storm.

“I lost my Uncle George in the hurricane,” she said, according to the New York Post. “He was old. He didn’t want to leave his house. I was in Chicago, and I called and said [to relatives], ‘Why did you guys leave him,’ and they just didn’t think it was going to get that bad.”

Lauper’s uncle, George Stathis, was 90 years old and was found in his home in the Rockaways, said the NY Post.

The story has been repeated many times after the storm hit. Officials in all the affected states have worked to bring normalcy to their residents, but some people in New York and New Jersey are still without power and resources. Holocaust survivor Elie Wiesel was an honoree at the benefit and spoke about the human will to help others.

“We witness a disaster… that left so many families abandoned and abandoning whatever they had,” said Wiesel. “If we are not moved by their suffering, how can we even claim to deserve the title of humanity which is ours?”

Lauper also performed at the benefit on Monday, dedicating her song “Time After Time” to her uncle George. The ball happens annually but normally benefits a hospital. The day after, Lauper also shared her thoughts on the election happening Tuesday.

“People, I love ya and hope u aren’t suffering because of Sandy, but please vote,” she tweeted. “The out come of this election will really effect all of us.”