The famous dad was talking about his daughter and her wedding, but he may have spilled the details she has worked so hard to keep quiet. 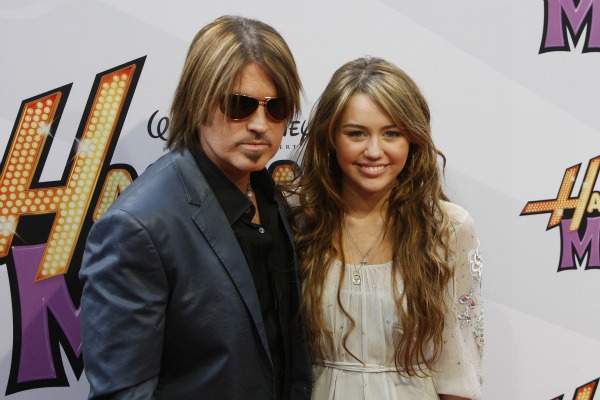 Since Miley Cyrus and Liam Hemsworth announced their engagement, they have stayed relatively quiet about any wedding plans, to the point that it seemed like they hadn’t begun planning it yet. But Cyrus’ dad, country singer Billy Ray Cyrus, gave some of the details after a show this week, but only while telling of a joke he made to his daughter’s future husband.

“Liam asked if he could have my daughter’s hand in marriage, and I said yes, if I could be in his brother’s next movie,” Billy Ray told Us Weekly, referring to Hemsworth’s brother Chris, star of Thor.

“Now, they are going to have three weddings, so I’m thinking one movie with Chris, then we got the sequel to Liam’s new movie [The Hunger Games: Catching Fire] coming out,” he said. “They have got three weddings; that has to be three movies for me.”

The couple has not announced where the weddings might take place, but according to the Huffington Post, the logical locations would be her hometown of Nashville, his hometown in Australia and their current city of residence, Los Angeles.

The “Achy Breaky Heart” singer also shared a story about watching Indianapolis Colts football coach Chuck Pagano make a speech that made Miley’s upcoming nuptials all too real to him.

“During the halftime, he told his team he wanted another Super Bowl trophy and he had two daughters he wanted to walk down the aisle,” Cyrus shared with Us Weekly. “When I saw that last night, this guy that’s battling leukemia, and the fact that he is talking to his team saying, ‘I want to hoist that trophy and walk my daughters down the aisle,’ I immediately texted Miley and said, ‘I just want you to know, whenever you’re ready, I’m going to be very proud to walk you down that aisle.’ She was like, ‘Daddy!’ with two smiley faces! That coach and that moment touched me.”

There is still no word on a wedding date, but it looks like things are finally moving forward for the couple.