Anheuser-Busch is not impressed with its brand’s portrayal in the latest Denzel Washington movie. 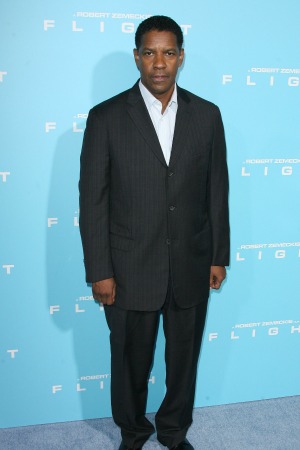 Denzel Washington‘s new movie, Flight, is receiving critical acclaim from audiences and movie reviewers, but there are a few people who are not so pleased with the film.

The film was released last week, and it features a pilot who miraculously lands his plane after a midair incident. The passengers all survive, and the pilot is deemed a hero, yet Washington’s character is hiding an addiction to alcohol.

On Wednesday, the vice president of Budweiser, Rob McCarthy, spoke about his displeasure with the movie’s depiction of Washington’s character using the beer brand while he is behind the wheel.

In a public statement, McCarthy said, “We would never condone the misuse of our products and have a long history of promoting responsible drinking and preventing drunk driving. We have asked the studio to obscure the Budweiser trademark in current digital copies of the movie and on all subsequent adaptations of the film, including DVD, On Demand, streaming and additional prints not yet distributed to theaters.”

The film was directed by Robert Zemeckis and distributed by Paramount Pictures. Neither the director nor the studio had any comment as of press time.

The film also features Washington’s character using other alcoholic beverage brands, including Smirnoff, Stolichnaya and Absolut (the character is an avid vodka drinker). It seems that not a single brand was licensed for the film, as William Grant & Sons, which distributes Stoli, told USA Today that it did not give permission to the filmmakers and probably would not have if they had asked.

In terms of legal issues, the movie studios have won in situations where they were sued over the unauthorized, on-screen use of brands. The use of brands is protected by the courts, even if the label isn’t portrayed in a positive light.

It will be interesting to see how Paramount responds to Anheuser-Busch’s demand that it keep Budweiser’s brand out of the movie and thus help it maintain its squeaky-clean image as the “King of Beers.”