The country singer’s tour bus was hit by a car last week. His crew was “shaken” but not injured, but it reminded Kershaw how lucky we all are to be alive. 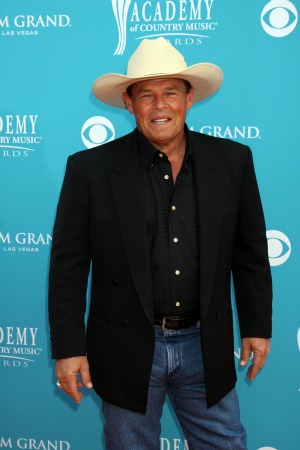 Country singer Sammy Kershaw feels thankful to be alive after his tour bus was in a bad accident with another vehicle on Friday in Texas.

The bus was actually hit by the car, which caused “major damage to the bus,” said the Associated Press.

The car involved was totaled, and its driver was sent to the hospital. Kershaw and nine of his crew members were on the bus at the time.

Kershaw said they were “shaken and sore” but not seriously hurt.

“We got hit on the side of the tour bus, mainly towards the front end… I mean, it could have turned out really bad,” Kershaw told E! News. “We were all very lucky, including the lady that hit us. All the [air] bags deployed. She had to go to the hospital, but none of my guys did. We were all pretty sore but OK.”

Kershaw said he heard that the woman ended up with a badly broken ankle and a face bruised from the air bag impact, but he knows it could have been a much worse situation than it was.

“Buses and cars can be replaced, but people can’t,” Kershaw told the Associated Press.

Kershaw also said he was thankful that no one died and that his crew was OK, but after the accident, he feels he has “a guardian angel.”

Kershaw is still going, though, and he has decided to continue on his regular tour schedule. His next show is on Friday in Cambridge, Maryland, and his current tour ends in December. He goes out on the road again starting in March and will be playing many dates in California and the South.

Country music fans would best remember Kershaw from his 1990s hits, including “She Don’t Know She’s Beautiful” and “I Can’t Reach Her Anymore.” According to the Associated Press, the singer has sold over 5 million albums.