The first lady proved she’s just like us when she showed off a previously worn dress on Election Night. 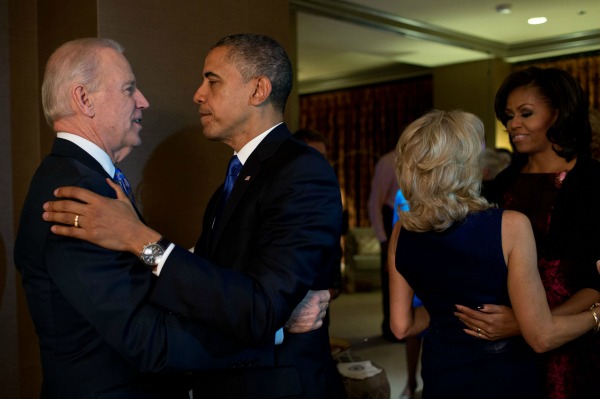 If Michelle Obama‘s dress looked familiar to you when she stepped on that stage before her husband’s victory speech last night, your eyes did not deceive you. Taking a leaf from the Kate Middleton fashion playbook, the First Lady recycled her Michael Kors outfit.

The fashion industry has taken a keen interest in the first lady’s style, and press releases are often sent around to the media after she wears a particular designer’s creations. From J. Crew to Jason Wu, many American designers have seen their work paraded around the world.

Michelle has been conscientious about wearing several of her outfits more than once, as a move to sympathize with the economic hardships many people in the United States have endured over the last five years.

Last night’s look featured the color of the season — “oxblood” — which has been touted by every fashion magazine this fall. The Michael Kors silk dress showcased Michelle Obama’s trim waist, and the outfit was accented with a black shrug, a pink brooch from House of Lavande and a pair of black kitten heels.

Kors said of the first lady to the Associated Press, “Mrs. Obama looked chic and elegant as always on Election Night. My dress, with its strong color, clean lines and feminine silhouette, has all the elements that have become a part of the trademark style of our first lady.”

The dress was originally worn at a military event in November of 2010 and again at one of the White House holiday parties.

Fashion designers are pleased that they have four more years to dress the first lady, since she brings such a vibrant style to the White House.

As Valerie Greenberg, a lifestyle expert, told Fox News, “The average woman can see herself wearing many of her outfits.”

5 hrs ago
by Lily Shell