Diva much? Reports surface Lopez demanded a hotel maid be fired after the woman requested an autograph. 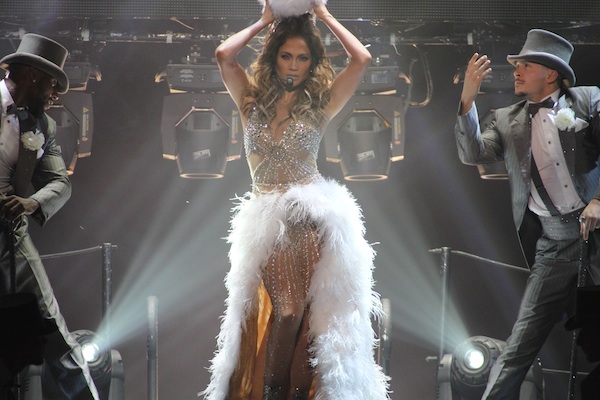 Jennifer Lopez is the subject of some bad press today and it’s actually pretty sketchy. A German tabloid printed that while Lopez was a guest at the luxury hotel Melia Duesseldorf, maid Pray Dodaj went to the celebrity’s door and asked for an autograph. The story goes that Lopez denied Dodaj’s request and the maid was coincidentally fired the next day. Dodaj apparently told the German press outlet she believes Lopez was the reason behind her dismissal from the hotel.

Lopez denied the maid-firing accusation and responded on her Twitter account. “C’mon thought you knew me better than this..Would never get anyone fired over an autograph. 1st I heard of this was on twitter. #hurtful.”

Moreover, TMZ says the maid’s version — retold, of course, by the German tabloid — is inaccurate. TMZ sources say Dodaj “‘barged’ into the room unannounced… and the singer’s security immediately gave her the boot out of concern for the singer’s safety.” Melia Duesseldorf’s management spoke to TMZ and explained no one was fired but Dodaj was relocated to a different property.

E! News reports they received a statement from the hotel’s director, Cyrus Heydarian, that cleared Lopez of any direct involvement in the maid’s transfer. Heydarian told E! News, “[Dodaj] has acted contrary to the contractual arrangements and disturbed the privacy of our guests.”

Jennifer Lopez’s rep also released a statement following these wild accusations. “Jennifer always goes out of her way to meet and greet fans as evidenced by her recent tweet 2 meet engagements backstage, as well as stopping to sign autographs and say hello to hotel staff.”

We agree. Jennifer Lopez doesn’t seem like the type of person to fire anyone and the account that Dodaj came into the room unrequested and then asked for an autograph as she was being escorted out seems like a more plausible version of what happened. Luxury hotels know how to deal with high-profile guests and it doesn’t bode well for Dodaj that she in all likelihood sold the story to the German tabloid.

So, we call false on the rumor that Jennifer Lopez got a maid fired.