Mariah Carey celebrates the re-election of President Obama by releasing a new single she wrote just for him. 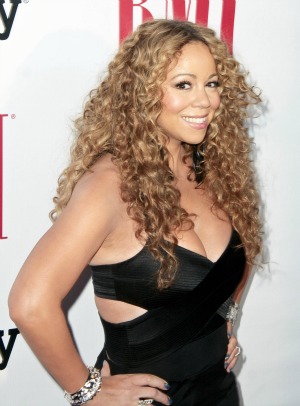 It looks like Mariah Carey was well prepared for an Obama win last night. After the 44th President of the United States was re-elected last night, the ballad “Bring It On Home” was released via music producer Jermaine Dupri’s website, Global14.

The “Always Be My Baby” singer has been a strong supporter of Obama’s throughout his first term and the re-election campaign. She initially wrote the song for a fundraiser that happened last summer, but this is the first time a recorded version has been heard.

Dupri posted on his website that the songstress “wrote [the song] specifically for Obama.”

The slow jam talks about the frustration of the country during an election year, and the lyrics are meant to inspire his supporters:

We just everyday people trying to make it through the pain.
Yet we intentionally hurt each other playing silly games.
But when it comes down to win or lose, don’t give up the fight.
Strength is what we need, and love can save our lives.

The American Idol judge was tweeting throughout the day, and she eventually posted her thoughts on the president’s acceptance speech with, “INCREDIBLE SPEECH!!!!!! Watching in a room full of diverse people-all truly moved. Thank you America for President Obama-4more yrs.”

In 2009, Carey sang “Hero” at the Neighborhood Inaugural Ball in Washington, D.C., after President Obama was sworn in for his first term.

It’s too early to predict whether Carey will be at President Obama’s second inaugural event, but she certainly has the right song ready to celebrate his win.