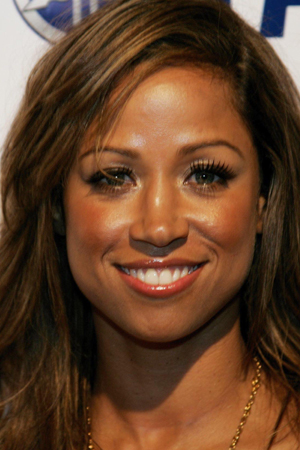 Former Single Ladies actress Stacey Dash received death threats and all sorts of nasty messages when she came out in support of Mitt Romney for president earlier this fall. We wouldn’t have blamed her if the whole experience had turned her into a bitter right-winger. That’s definitely not the case, though. The actress wrote a 1,344-word open letter to TMZ that talked about the reasons she voted for President Obama in 2008 — and why she opted for Romney in 2012.

“I freely admit that presidential politics was not something I had much time for before the 2000 election. With Gore and Bush fighting [it] out to the last hanging chad, it was an experience that made me turn even further away from politics,” she wrote before alluding to the threats sent by Internet tough guys.

“At the end of the day, we are in this together. This is Our American Family. I do not want to be a part of the hateful voices insulting each other. I want to be a part of the voices that help shape the future. Don’t you? Perhaps I publicly endorsed Romney from a slightly naive place, thinking that I could speak my voice without being criticized in such racially charged and hateful tones.
“People get it wrong. My vote for Romney isn’t a vote against Obama. That’s not how full participants in the democratic process operate. We vote for candidates, and we vote for issues.

“I voted for the Romney ticket because I was inspired by their promises of working tirelessly to create a strong economy as their first objective. I have other issues that are close to my heart, like equality and women’s rights and the benefits of strong public schools. I realize, on these issues, I’m entirely progressive. There are plenty of moderate Republicans who feel exactly the way I do on these issues. I don’t think we have to trade one for the other. The main objective of our nation must be repairing the economy. All our social concerns must come after this. Without a stable economy, our great nation falls.

“Ultimately, I know that what Stacey Dash thinks about who will be the next president of the United States isn’t that important in the scheme of things — but I feel a desperation for the country. The fact is that when the two parties are not working together, it makes things worse!”

The bulk of the letter was written before the election ended, though she added a postscript congratulating the president on four more years.

“President Obama has been re-elected. I congratulate him. No, he was not my choice, but he was the choice of the majority of our country. I do respect and appreciate that the country came together to make a choice. So for that, I applaud Americans,” she wrote.

“Although I am disappointed that Governor Romney and Congressman Ryan did not win, I am hopeful that President Obama will lead us to becoming the great UNITED STATES OF AMERICA that thrives.”