James Bond wouldn’t be half as desirable without a thick layer of sexual tension in the air, but Daniel Craig’s incarnation of 007 is facing something new in Skyfall — a bisexual undertone. 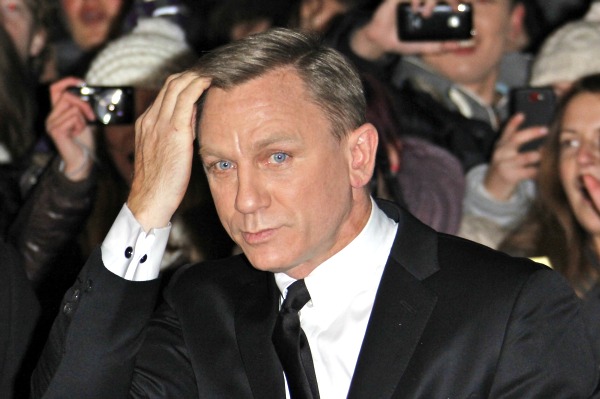 “Some people claim it’s because I’m, in fact, gay, but that’s not true at all,” John Logan said when asked why a scene between James Bond and MI6 operative Raoul Silva, played by Javier Bardem, was written in.

Logan continued, “There were so many scenes where Bond goes mano-a-mano with the villain, whether it’s Dr. No or Goldfinger or whatever, and there’s been so many ways to do a cat-and-mouse and intimidate Bond, and we thought, what would truly make the audience uncomfortable is sexual intimidation; playing the sort of homoerotic card that is sort of always there subtextually with characters like Scaramanga in Man With the Golden Gun or Dr. No. So we just decided that we should play the card and enjoy it.”

News outlets have reported that in one Skyfall scene James Bond is tied up, at the mercy of Silva, who gives 007’s chest a provocative caress. In response, the secret agent says, “What makes you think this is my first time?”

Daniel Craig had this to say about the rumors Bond is bisexual: “What are you going to do? I don’t see the world in sexual divisions.”

“You could read it that way,” Javier Bardem admitted when asked about the sexuality of his character by EW.com. “That option was there in the script. The word that [director Sam Mendes] kept using was ‘uncomfortableness.’ Beyond the sexuality, he wanted it to feel like you don’t know if Silva’s joking or not.”

Will you be going to see the James Bond bisexual “uncomfortableness” for yourself on Nov. 9?