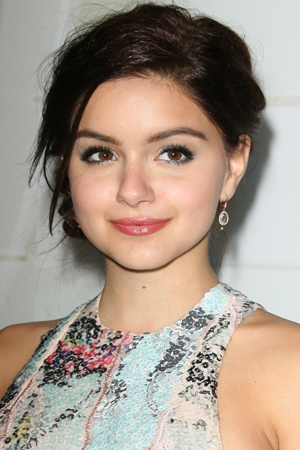 Spunky Modern Family actress Ariel Winter is a part of the kooky Dunphy family on the hit ABC show, but her real-life home situation is anything but a laughing matter. According to TMZ, an emergency hearing was held last month to take the 14-year-old out of her mother’s care.

“Court sources tell us … on October 3rd, after a guardianship hearing, a judge determined the allegations that Ariel was being physically and emotionally abused by her mother Crystal Workman were serious enough that the judge placed Ariel in a temporary guardianship with her older sister Shanelle Workman,” TMZ wrote Wednesday afternoon. “Our sources tell us … mama Crystal was ordered to stay 100 yards away from Ariel.”

Yikes, that’s pretty serious. It didn’t start with   Ariel, either: According to the website, the Department of Children and Family Services removed Shanelle from her mother’s home two decades ago. She went to foster care for two years and never returned to her mother’s care after that.

Our hearts ache for the precocious actress. We met up with her on the 2012 Primetime Emmys red carpet in September and she gave us the inside scoop of the trials and tribulations of her character.

“She experiments with goth and vintage clothes… a lot of fun things,” she added.