Beauty and the Beast returns for Cat’s birthday and another hard-to-solve case. This time around Cat’s knight-in-shining-case-solving-armor won’t be Vincent! But who, exactly, will it be? 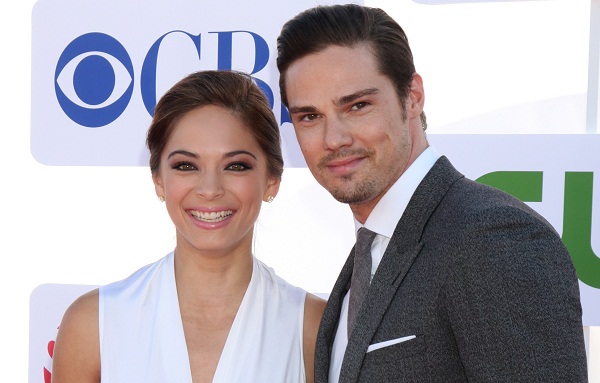 After her run-in with Silverfox from Meerfield — the agency responsible for Vincent (Jay Ryan) and the ones trying to recapture him — Cat (Kristin Kreuk) deserves a break. After all, it’s her birthday!

Her plans for spending her birthday with Vincent (and, let’s face it, probably JT) are cut short, though, when her sister, Heather (Nicole Gale Anderson), throws her a surprise party. Someone needs to address the ratio of surprise parties on television to real life. According to television, reality is doing it wrong. Then again, like most surprises, the party isn’t a welcome idea for Cat. However, being the great(-ish) big sister that she is, Cat goes along with Heather’s plans.

The party isn’t so awful. The new preview, however, shows Cat having a “moment” with Evan (Max Brown). Is it just a drunken flirtation or is something brewing between the two NYPD employees? Plus, Cat’s life has pretty much revolved entirely around Vincent lately, so what will this mean for him? Sure, the two seemed to have cooled off in last week’s episode, but the show is still called Beauty and the Beast. Evan definitely isn’t a beast.

Well, isn’t that just the most romantic thing ever!

As for the case that Cat, Evan, Tess and Vincent are working on this week? Some girl disappears after her husband-to-be places their engagement announcement in the paper. Best guess: She’s in the witness protection program.

But, honestly, ladies: Does anyone watch Beauty and the Beast for the cases or are we all just watching for Vincent?

More of Beauty and The Beast