Beyonce did something very un-Beyonce-like in response to President Barack Obama’s win over Mitt Romney. 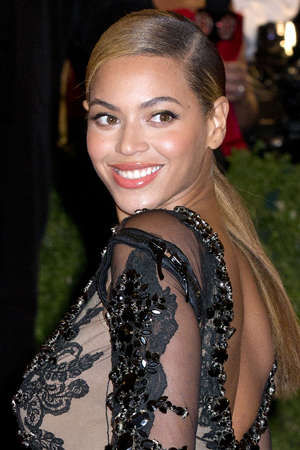 As for Beyonce? It’s no secret she and hubby Jay-Z are fans of President Obama — Hov even campaigned with the president earlier this week. We’ve come to know Beyonce as a super-classy celeb, though her Wednesday post on Tumblr has us thinking she still has some teenage angst built up.

“Take that, Mitches,” she posted via a photo junior high school-style, on her official Tumblr account Tuesday morning. The post quickly went viral — and then she deleted it, probably because she’s Beyonce and she can’t go around acting like a 12-year-old when she’s the mother of the future leader of the world, Blue Ivy Carter.

We thought you were above this, Bey.

Her website isn’t devoid of all mentions of Obama, though. The singer also posted a sassy photo of her (we’re assuming) custom-made Obama earrings.

Faux pas or not, it’s clear President Obama is thankful for the support of the First Couple of Hip Hop.

“They’re good people… Obviously they’re unbelievably successful, but they really are down-to-earth folks. And we talk about the same things I talk about with all my friends,” he told Cleveland radio station Z107.9 in October.

He’s also not above giving Jay some parenting advice.

“They just had a new baby… I made sure that Jay-Z was helping Beyonce out and not leaving it all to mom and the mother-in-law,” he added.

Will Obama scold Beyonce over the note? Stay tuned, but don’t hold your breath.