Barack Obama will retain his presidency for another four years after handily winning an election that many were afraid would be too close to call for days. 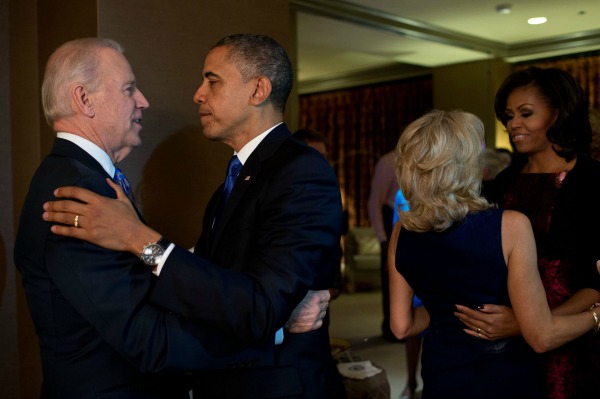 President Barack Obama has earned four more years in the White House today. The incumbent won both the popular vote and electoral college, beating Republican candidate Mitt Romney for the most powerful seat in the nation.

“Tonight, more than 200 years after a former colony won the right to determine its own destiny, the task of perfecting our union moves forward,” he said in a rousing victory speech.

“It moves forward because of you. It moves forward because you reaffirmed the spirit that has triumphed over war and depression, the spirit that has lifted this country from the depths of despair to the great heights of hope, the belief that while each of us will pursue our own individual dreams, we are an American family and we rise or fall together as one nation and as one people.”

Donald Trump has an Obama-induced meltdown >>

“Tonight, in this election, you, the American people, reminded us that while our road has been hard, while our journey has been long, we have picked ourselves up, we have fought our way back, and we know in our hearts that for the United States of America the best is yet to come.”

“…Tonight you voted for action, not politics as usual,” he continued.

“You elected us to focus on your jobs, not ours. And in the coming weeks and months, I am looking forward to reaching out and working with leaders of both parties to meet the challenges we can only solve together. Reducing our deficit. Reforming our tax code. Fixing our immigration system. Freeing ourselves from foreign oil. We’ve got more work to do.”

“…America, I believe we can build on the progress we’ve made and continue to fight for new jobs and new opportunity and new security for the middle class. I believe we can keep the promise of our founders, the idea that if you’re willing to work hard, it doesn’t matter who you are or where you come from or what you look like or who you love. It doesn’t matter whether you’re black or white or Hispanic or Asian or Native American or young or old or rich or poor, able, disabled, gay or straight, you can make it here in America if you’re willing to try,” he said, bringing the crowd to its feet.

“I believe we can seize this future together because we are not as divided as our politics suggests. We’re not as cynical as the pundits believe. We are greater than the sum of our individual ambitions, and we remain more than a collection of red states and blue states. We are and forever will be the United States of America.”

However, Obama has little time to celebrate. The same enormous challenges face him this morning as yesterday: Build up the fragile U.S. economy, prevent Iran from getting their hands on nuclear weapons, stop, or at least slow, global warming, and reform our education system.

Time to get back to work.