From the patriotic heroism to the harsh dilemmas and aftermath of war to everything in between, here’s a list of movies to consider in light of Veterans Day. 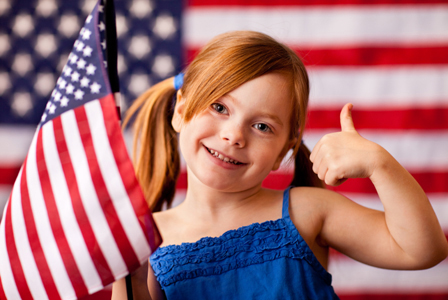 Some war movies are all about the action and the glorified element of big-screen heroism. Some rely on the good guy-bad guy plot. Still, others delve into the complicated mind and heart of the soldier. Whatever your tastes, thank a vet this weekend and consider the sacrifices he or she has made that directly and indirectly influence each day of freedom we receive.

This list is composed of movies produced throughout many generations, but are listed chronologically based on the realities they aim to illustrate.

Roughly based upon the events of the American Revolution, Mel Gibson and Heath Ledger fight for a vision of what America could be. Gibson plays a badass father, Benjamin Martin, hell-bent on vindicating his sons and his fellow countrymen against the Red Coats. Again, not entirely true to history, but The Patriot serves as a solid reminder of the ideals — freedom, equality, justice, opportunity, redemption — that our country was birthed upon.

“I have long feared that my sins would return to visit me, and the cost is more than I can bear.” — Martin

Matthew Broderick, Morgan Freeman and Denzel Washington bring to life the first formal African American U.S infantry unit, the 54th Massachusetts Volunteer Infantry. The story shines light on the courage and sacrifice of the long-forgotten heroes of the Civil War and The Union soldiers.

“There’s more to fighting than rest, sir. There’s character. There’s strength of heart. You should have seen us in action two days ago. We were a sight to see! We’ll be ready, sir.” — Col. Shaw

“Some people frown on the Yanks for not being in this war. I’d just like to say that if there are any more back home like you, God help anyone who goes to war with America.” — Commander Tubbs

This 10-part miniseries offers a film interpretation of the real-life journey of the 2nd Battalion, 506th Parachute Infantry, dubbed Easy Company, assigned to the 101st Airborne division of the U.S. Army efforts in WWII. From the landing on Normandy to the capitulation of Japan, Band of Brothers chronicles the fictionalized accounts of the company and offers extreme insight into the camaraderie of comrades and the injuries of war, both inside and out. The series was largely modeled off of the next film on our list, which we are sure you’ll remember.

“The only hope you have is to accept the fact that you’re already dead. The sooner you accept that, the sooner you’ll be able to function as a soldier is supposed to function: without mercy, without compassion, without remorse. All war depends upon it.” — Spiers

Who could forget the Tom Hanks/Steven Spielberg-driven WWII movie, Saving Private Ryan? If this list was structured according to the sheer impact each film had, this would no doubt take the top spot. Saving Private Ryan assumes the perspective of US soldiers (including Tom Sizemore and Edward Burns) venturing behind enemy lines to rescue and retrieve the last- surviving brother (Matt Damon) of four servicemen. The film shines light on the struggle for glory, no man left behind, and the finalities of war.

“Well, what I mean by that, sir, is… if you was to put me and this here sniper rifle anywhere up to and including one mile of Adolf Hitler with a clear line of sight, sir… pack your bags, fellas, war’s over. Amen.” — Private Jackson

Steve McQueen leads a group of Allied POWs in an epic escape from a Nazi prisoner camp in WWII in this 1963 classic.

“It’s possible for one man to get out through the wire, even get away, but there are in fact a considerable number of people besides yourself in this camp who are trying to escape.” — Bartlett

Forest Whitaker, Kevin Dillon, John C. McGinley, Johnny Depp, William Dafoe, Tom Beringer and more star in this Vietnam-based war movie that captures the moral crisis and horrors of the battlefield. It’s easy to attribute the patriotism and glory to a war, but Platoon aims to discover the hardship that often comes with it.

“Somebody once wrote, ‘Hell is the impossibility of reason.’ That’s what this place feels like. Hell.” — Chris Taylor

This film chronicles the danger and everyday stress of a three-man bomb disposal unit in the Iraq War. Jeremy Renner, Brian Geraghty and Anthony Mackie take lead, exposing the imminent fragility of life and existence in modern warfare and urban combat.

“The rush of battle is a potent and often lethal addiction, for war is a drug.” — opening scene

Now, there are many more war movies out there, and some may even be more entertaining from an action-packed-perspective but we have to make a fine distinction this Veterans Day.

We eat popcorn and enjoy the big explosions and epic fight scenes. For some people, that was a day in their actual lives.

Vets don’t need sympathy. They want, instead, a sense of awareness and understanding from the citizens they serve to protect, as to the reality of life on the battlefield and the valleys and peaks that come with the turf.

Watch some of these films and consider thanking a man or woman in the service not only for your freedom, but for their sacrifice and journey through life.

Many times the battle follows to the home front.