Robert Pattinson stopped by Jimmy Kimmel Live on Monday night. Between his too-big shoes and the vodka from the green room, Rob was in great form. 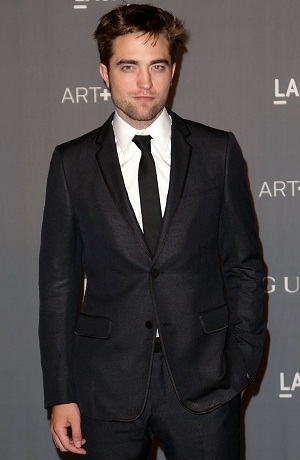 You might be ready to move on from The Twilight Saga, but can you ever truly give up your RPatz obsession? We surmise that you cannot!

Just in case you missed seeing the tousled Brit on last night’s Jimmy Kimmel Live, we thought we’d tell you all about it.

First, someone in wardrobe clearly screwed up. They put Pattinson in shoes that were way too big, leaving his feet to slide around inside the fancy footwear. Of course, the vodka Kimmel keeps in the green room probably didn’t help Rob’s ability to walk, either.

Once the screaming subsided and Pattinson was able to properly conceal his feet under his butt, Kimmel turned slightly serious.

Pattinson was on Kimmel promoting Breaking Dawn — Part 2, the final segment of The Twilight Saga. Kimmel reminded RPatz that soon enough he may finally be able to stop talking about being a vampire. Unless they decide to write another sequel, that is.

Of course he does! Sure, the screaming fans may make grocery shopping hard, but The Twilight Saga is keeping Pattinson’s bills paid. You know, so he can go out and buy old trucks off Craigslist, like he mentioned doing the last time he was on Kimmel.

We’ll be okay if Twilight doesn’t release a sixth movie, but we’re still hoping for a lot more RPatz in the future!