It’s no secret that Beyoncé and her husband Jay-Z support Barack Obama — and today, on Election Day, the singer has penned a message of encouragement to the president. 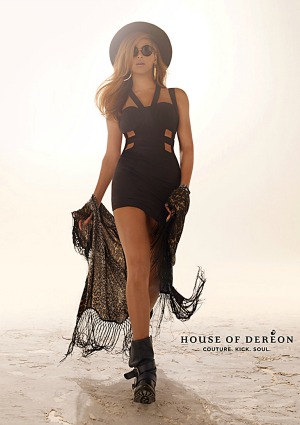 Beyoncé‘s Tumblr is all about Barack Obama today. The singer posted several entries showing her support for the president in today’s elections, and by doing so urged her fans to do the same.

Bey posted a missive to Obama, thanking him for being the man he is.

“Everyday [sic] we see your heart and character, inspiring all of us to give more of ourselves,” she wrote.

“You are the leader to take us from where we are to where we need to be.

“You are the reason my daughter and nephew will grow up knowing that they can truly be ANYTHING they want to be.

“All my respect and adoration

The letter echoed a similar one she wrote to Michelle Obama in April.

Beyoncé also posted photos of herself filling out her ballot.

The R&B queen and her hubby, hip hop king Jay-Z, have been ardent Obama supporters since 2008. They hosted a fundraiser in September, raising $4 million for the Democrat’s campaign. Bey recently was seen sporting a pair of gold Obama earrings, causing sales of the indie jewelry to skyrocket. On Monday, Jay-Z performed at an Obama rally in Columbus, Ohio, singing, “I got 99 problems but Mitt ain’t one.”

Safe to say we know who they voted for!

Read on for more Barack Obama