Have you heard? It’s Election Day! We have a big choice to make at the polls today, but it seems like these celebs already have their minds made up. 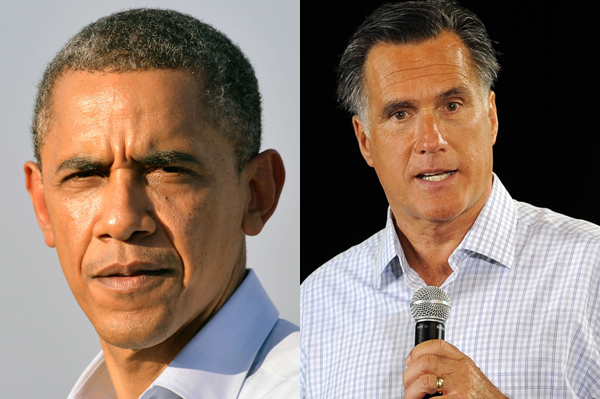 Have you voted yet today? You have a few more hours to cast your ballot for the candidates of your choice. As for who Hollywood is voting for? Well, it seems like Barack Obama is the choice among most of the rich and famous, save for a few notable exceptions.

Election Day: Why it sucks to be Michelle Obama or Ann Romney today >>

We’ve all heard about Eva Longoria’s campaigning for President Obama — and who could forget Clint Eastwood’s empty chair routine for Mitt Romney. However, a few other celebs are making their cases for the president in the sunset of the campaign season.

Stevie Wonder: The extreme right is like “The Taliban”

Stevie Wonder isn’t known for his extreme political views, but in a new interview with V-103 in Atlanta he compares Republicans and the extreme right wing to a ruthless terrorist group

“The extreme right that feels everything they say are right and that God means it to be this way and that this is the way it is, are no different than the Taliban,” he said.

He added that race relations, the environment and gun control are three of the biggest issues of this election.

“This color thing is really a problem,” he said. “People who are spewing hate, that’s an issue.”

“The way that we are killing our planet, that’s number two,” he added. “How can we expect for things not to change and get crazy and people are in denial… I think we really need to have more love for our planet. It’s unacceptable. Number three: Guns. Clearly we need to deal with the gun laws in this country. We are so quick to say ‘I guess that was God’s will.’ No, it was the will of the person who did it. And we just pray that the person who died is in God’s will.”

Romney vs. Obama: What they think about education >>

Another big issue for Wonder? Gay marriage in the United States.

“It’s like saying, ‘I only want you to have sex this way or at this time.’ The government can’t control that,” he said of laws against same-sex marriage. “Most of all, love and let love and live.”

Wonder knows a thing or two about not judging people on their appearances. The iconic singer and songwriter praised his blindness for allowing him to see people as people.

“I am so thankful that the Almighty gave me the honor of being blind,” he said during the United Nations’ 67th anniversary in New York in September.

Romney vs. Obama: What they think about the middle class >>

“Now, many would say, ‘How can he say that?’ I can say it because through being blind, I’ve been blessed with being able to really see people — not for the color of their skin, not for what they wear, not how they looked at me or what impression they had of me, but by the spirit in their hearts. The reality is, I believe that when you are without an ability, you are given even greater ability.”

Aerosmith “gives back” with pre-election concert

Steven Tyler is pretty outspoken, but he hasn’t really spoken up about which candidate he prefers in this presidential election. He did, however, hold a pre-election concert with Aerosmith in front of the band’s old apartment in Boston.

“All we wanted to do is give back. That was the original thing,” Tyler told Carter Alan of Boston radio station ZLX before the show.

“Joe Perry and I got into a big argument [over the specifics]. At the end of the day we got the plaque and we played where we first came from.”

“Matt [Lauer] comes over and goes ‘Yesterday the group that was here there was 6 people [in the audience] because of [Hurricane Sandy] and stuff and now there’s 16,000.’ I thought ‘That’s so great!’ So I walked out to the end of the ramp and I went ‘New York you f***ing freaks!'”

Vote to save weed

There’s no need to question which presidential candidate the members of The Airborne Toxic Event support — they’ll just tell you. The band told Los Angeles radio station KROQ that President Obama will “go down historically as one of our greatest presidents.”

Romney vs. Obama: What they think of health care reform >>

More importantly, people need to vote to save weed.