Chris Christie is a Bruce Springsteen superfan, so imagine his glee last week when The Boss finally admitted that the pair are now friends. 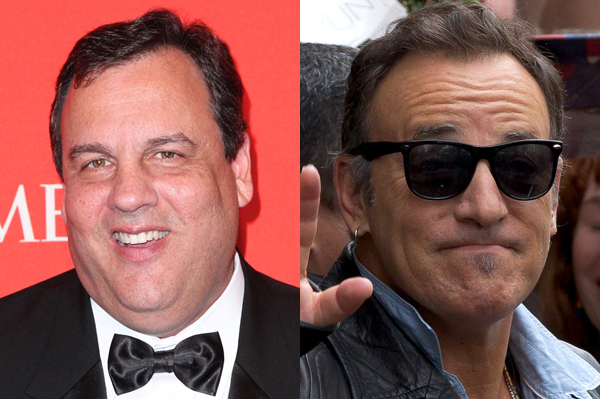 The contentious relationship between Christie and Springsteen — contentious in that the governor loves Bruce but Bruce hates him — ended last week after Christie’s prompt and non-partisan response to Hurricane Sandy. Springsteen managed to put aside his disdain for the New Jersey governor’s politics to thank him for his work.

And how did Christie react? He cried, naturally.

“Bruce and I had an opportunity to chat for a while Friday night… we hugged and he told me, ‘it’s official, we’re friends,” Christie told reporters on Monday, according to the Washington Post. The tears weren’t only about his idol, though: Last week was a long, tough week for Christie (you know, the hurricane and all.)

That would be enough to send most fanboys into a tailspin, but Christie once again got the chance to talk to his idol during a Monday afternoon call with President Barack Obama.

And just how big of a fan is the crabby governor? He’s seen The Boss over 130 times and knows every word of every song by heart. He’ll even get into a deep philosophical discussion about Springsteen’s music.

Election Day: Why it sucks to be Michelle Obama or Ann Romney today >>

“The thing that attracted me to his music is how aspirational it is — aspirational to success, to fun, to being a better person, to figuring out how to make your life better — and you can’t say that about most people’s music,” Christie told the Washington Post earlier this year. “They become successful and then they become self-consumed and then boring and narcissistic.”

Somehow we doubt they’ll be throwing back a couple of beers anytime soon, but it’s nice to see the human side of a politician from time to time.