Friends are being “unfriended” on Facebook left and right in the face of the 2012 presidential election, due to hard lines drawn in the political dirt. When it comes to favorite fictional commanders-in-chief, however, it turns out impassioned Democrats and Republicans may have more in common than they think. 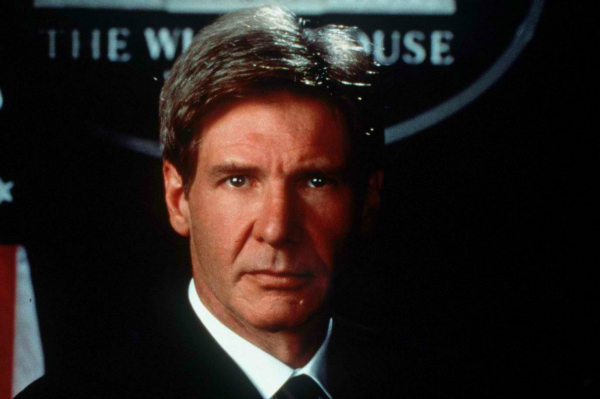 With an outrageous budget and raging socio-political memes, this election has been charged, to say the least. So, during a time when Americans are judging each other based solely on the candidates they support, The Credits decided to test a theory.

If President Obama and Mitt Romney were stricken from the ballot and replaced with actors who’ve played presidents, would the battle lines be so clearly drawn? In a survey of 501 voters, one favorite fictional leader in particular struck a chord across party lines: Harrison Ford as President James Marshall in Air Force One.

Ford — who was particularly appealing to Republicans and Romney supporters — may have taken the top spot with 23 percent of the vote, but Morgan Freeman came in a close second with 19 percent of the total vote for his role as President Beck from Deep Impact.

Rounding out the top three was Bill Pullman as President Whitmore in Independence Day, who also happens to have been cast as commander-in-chief in this year’s TV series 1600 Penn. Clearly, Pullman has presidential appeal in spades, albeit not enough to edge out Ford and Freeman.

When The Credits asked voters which actor played the POTUS with the most accuracy, Democrats and Republicans once again managed to come to a slightly shocking agreement — the leader both parties loved was Robin Williams as Teddy Roosevelt in Night at the Museum. Yep… the wax figure who sporadically comes to life and has the hots for Sacagawea. 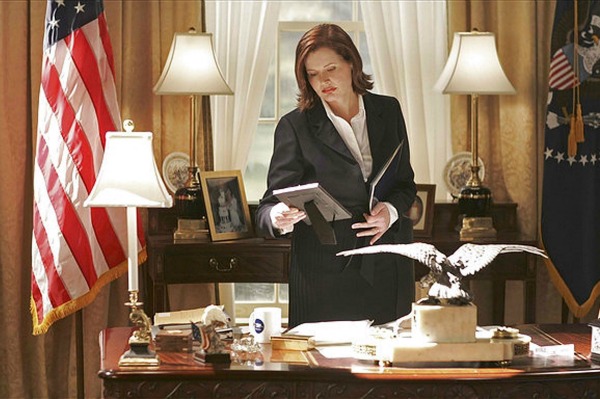 The survey revealed several other surprisingly similar trends amongst red and blue voters. Fictional female presidents, for example, received little to no confidence from survey takers. Cherry Jones in 24, Geena Davis in Commander-in-Chief, and Mary McDonnell in Battlestar Galactica all lacked enough ballot power to contend with the boys.

But that’s not to say voters wouldn’t consider a female POTUS at all. When asked in the survey to choose any fictional character to lead the country during a zombie apocalypse, undead a**-kicker Milla Jovovich of Resident Evil fame only slightly trailed Snakes on a Plane’s Samuel L. Jackson. 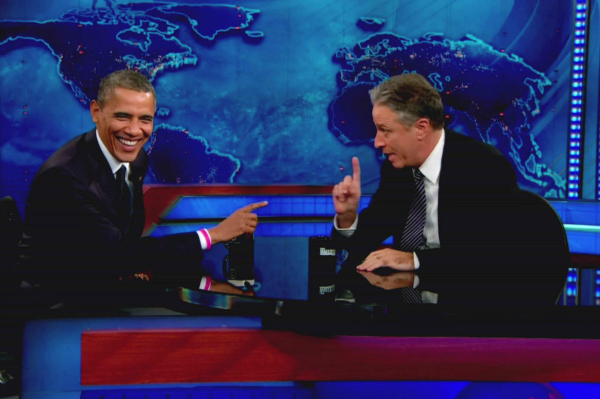 So if Harrison Ford and Morgan Freeman were presidential candidates, who would voters like to see moderate debates between the fictional noms? Despite his clear Democratic preferences, Jon Stewart slayed the competition in this category, coming in with 22 percent of the vote. Other contenders were Tina Fey, Stephen Colbert and Will Ferrell.

What, then, do our favorite fictional leaders say about the electorate? Although people lining up at the polls today may feel justified in alienating friends via social media due to differences of opinion, Republicans and Democrats alike are basically seeking the same thing: a president with integrity, intelligence, courage, and charisma a la Harrison Ford’s POTUS portrayal… and well, movie star looks couldn’t hurt either.

More on the 2012 presidential election

Want to know whom voters would choose to lead the country if any entertainer could be on the ballot? Catch the entire survey results at The Credits!