Can you imagine if your significant other was up for the most important job in the country, you had watched him work himself into the ground to gain/maintain that position, and his defeat or victory would be played out before everyone in the world? And what if your husband’s high-profile job, by default, meant a new career for you? Here’s why today could really suck for Michelle Obama and Ann Romney… 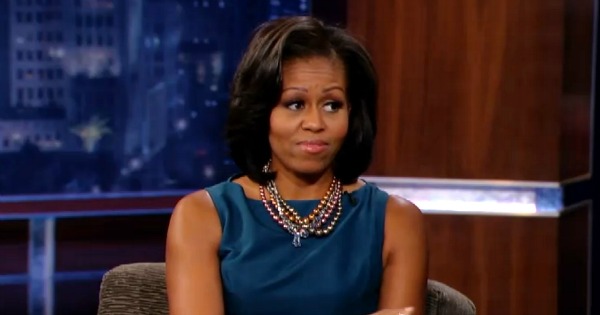 Undoubtedly, both women would tell us they were fully aware and fully accepting of their implied duties as the spouse of a politician before they got married. But think about it. What if Michelle always wanted a career in culinary arts? What if Ann always wanted to be an actress? Or a schoolteacher? When you are the wife of the president, you are known as that: First lady, wife of the President of the United States. And you inherit all the public appearances and do-gooder duties that go with it. Wave bye-bye to getting plastered with your girlfriends in public, belching as loud as you can, and sloppy Karaoke performances.

When you become or stay the first lady, all of a sudden the clothing you choose to wear in the morning takes on a whole new meaning. For some reason, the country is fascinated by the ever-conservative wardrobe of Mrs. President (which by and large is pretty predictable. It’s not as if we’re going to Michelle or Ann wearing one of J.Lo’s nude bodysuits anytime soon). No more running to the store in your sweats and three-day greasy hair. In fact, no more running anywhere, for the next four years…

Unfortunately, being related to the president is the equivalent of walking around with a bulls-eye on your back. It’s a sad state of affairs, but a reality for any first lady. A new first lady goes from having a certain measure of freedom to having Secret Service agents crawling up her backside. Think of the things you do on a daily basis that you couldn’t do with a pack of monkey suits following you everywhere. What about that phone conversation you had with your sister yesterday that there is no way you could have had if you were surrounded by bodyguards?

You have to move!

Most of us would rather be locked in a padded room and forced to listen to Mariah Carey music than move. Moving is a gi-normous pain in the a**. So if things don’t go the president’s way today, poor Michelle has to move, whether she likes it or not. And she probably likes it at the White House. Who wouldn’t? And what about her “save the fat kids” garden she’s worked so hard on? For Ann’s part, she’s got to figure out where that brood of hers is going to stay when they visit the White House. And what if an incoming first lady doesn’t care for the layout and the décor of the White House? Too bad. When your husband is elected president, it’s not as if you get a Realtor and look for housing in D.C.

We’re certain, regardless of the outcome, both these women are exhausted and grateful that today has finally come. They are likely just as sick of the commentary, jokes, and campaign ads, and literature as we are!