Brandi Glanville opens up one more time about the woman who stole her husband, LeAnn Rimes, and helped to end her marriage to Eddie Cibrian. 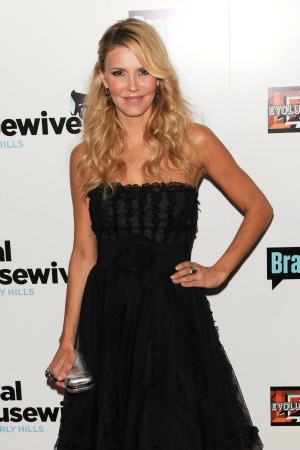 It looks like the Twitter feuds between The Real Housewives of Beverly Hills star Brandi Glanville and country music singer LeAnn Rimes is not going to stop any time soon.

In an interview on Access Hollywood Live on Monday, the reality star explained their relationship status these days.

Glanville told the entertainment show’s hosts Billy Bush and Kit Hoover, “I have issues from time to time when… any divorce is hard. I wish the best for them… I want them to be happy and I want her to make music and do the whole thing and just be respectful.”

The entire mess began when the 39-year-old’s former husband, actor Eddie Cibrian, had an affair with the singer,who was also married, back in 2009. The two met while filming the made-for-TV movie, Northern Lights, which aired on the Lifetime network.

Rimes and Cibrian eventually divorced their spouses and married each other in April of 2011.

During their marriage, Glanville and Cibrian had two sons, Mason, 9, and Jake, 5. The fact that the Housewives star misses certain holidays with her sons is still a source of contention. Glanville didn’t enjoy seeing Rimes tweet out photos of her sons in costume on Halloween.

Even with those challenges, the former model said, “[My sons] like her, it would be hard for me if they didn’t like her, I would be in court trying to get them back all the time.”

Yet, Glanville still managed to take a stab at the “How Do I Live” singer.

“I feel like there’s still this, ‘I got your family.'”

It looks like the two still have a rocky road ahead of them.