It seemed as if the actress was happily married for 14 years, but it turns out she loved a few men over that time. And at least two of them are very recognizable names. 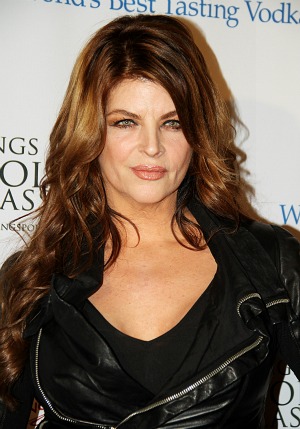 Just a day after revealing that she felt John Travolta was her soul mate back in the Look Who’s Talking days, Kirstie Alley told Entertainment Tonight that she also had a secret relationship with actor Patrick Swayze. Alley was married to Parker Stevenson from 1983 to 1997, and she met Swayze when she worked with him on the Civil War miniseries North and South in 1985.

Alley told Chris Jacobs with Entertainment Tonight that they tried to avoid “going down that road” but ended up falling in love.

“We did not have an affair. But again, I think what I did was worse,” she told Jacobs, according to Yahoo!. “Because I think when you fall in love with someone when you’re married, you jeopardize your own marriage and their marriage. It’s doubly bad.”

Swayze was also married at the time, to his wife Lisa Niemi, who asked Alley to speak at the late actor’s funeral last year. The invitation makes it looks like the widow didn’t know anything about the relationship. According to Yahoo!, Alley mentioned in the interview with Jacobs that she didn’t know whether Niemi knew or not. But the two women have remained friends.

Alley’s career was in full force in the 1980s and 1990s, and she has only recently revealed her relationship with both men. And although her love for Travolta also never became an affair, she tells Barbara Walters on an upcoming 20/20 that it ended her marriage to Stevenson.

“Believe me, it took everything that I had, inside, outside, whatever, to not run off and marry John and be with John for the rest of my life,” she told Walters. Travolta met wife Kelly Preston a few years later.

The 61-year-old actress is currently competing on Dancing with the Stars: All-Stars.