Defying the laws of gravity, these two insanely talented musicians refuse to come down from the heights of success. 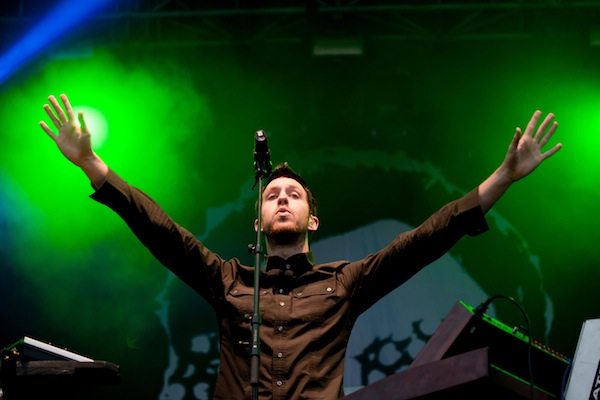 Calvin Harris released his album 18 Months on Oct. 30. On this album, we hear heavyweights like Kelis, Tinie Tempah, and Ellie Goulding. And how could we forget? He may have become a household name solely for the magnetic hit “We Found Love” in collaboration with Rihanna over on this side of the world, but he is a mega-success veteran from overseas. This album’s songs are similar. Most are radio-friendly, but all are memorable (especially my least favorite “School,” which reminds me of a sample from a soundtrack for Three’s Company or Golden Girls).

Now who is this penetrating artist that is featured alongside Harris on my recommended track, “Sweet Nothing”? Florence Welch of Florence + the Machine is a fiery-haired, indie-hippie, chic songstress with a certain flare for dreamy, trippy music. Her voice naturally pours out like warm honey, and it’s all too easy to drown yourself in her melodious and lively release. Although seemingly different artists from different genres, Welch’s and Harris’ builds and explosions are present on both their respective albums. Her famous song “Dog Days Are Over” and my favorite “Only If for a Night” are unlike anything we’ve ever heard. Dare I say she reminds me of Annie Lennox? Regardless, who loves musical roller-coasters as engaging as the artists that sing them? I do.

Combine the two, and what do you get?

Out of the gate, with no time to prepare, we hear a voice that I almost thought was Sia’s. Talk about versatility, it suddenly dawned on me that it was Welch. She seemingly tamed that wild horse of a voice into a mainstream version of herself. Is it bad? No. Is it unusual? Yes. Even though she’s tame, we still feel her presence in the flecks of character she throws in while singing these mournful lyrics:

“You took my heart and you held it in your mouth,
And with a word all my love came rushing out,
And every whisper, it’s the worst, emptied out by a single word.“

Mr. Harris’ intricate details are what make this song belong to him. These electro-dance beats are nothing short of hypnotizing and trance inducing. How does he manage to incorporate laser-like and ping beats and still make the song emotional enough? Beautiful. Of all the tracks, this one made me stop and listen to the whole song (I’m that annoying person who likes to click next almost instantaneously if the track doesn’t entice me). You almost forget the lyrics and get lost in the sound.

This hit has already climbed the U.K. charts, and The Independent estimates it’s only been three months since their summer hit “Spectrum” worked its magic. This album will definitely be a widespread crowd-pleaser. What do you think? Do you want to dance the pain away or fall into a deep sleep?

8 hrs ago
by Julie Sprankles