The singer and reality show judge is reportedly thinking of working on another project, and this one might give her fans a little more insight into her life. 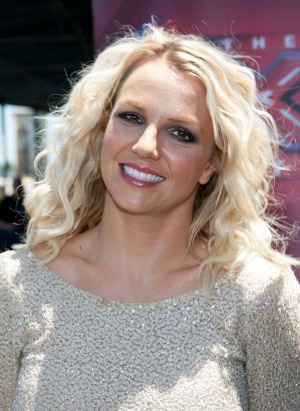 It could be said that Britney Spears has officially made a comeback. The singer was one of the highest paid celebrities last year, and she is currently working as a judge on Simon Cowell‘s The X Factor. So you can assume she has many fans who want to know what brought her to this point.

Those fans may not have to wait much longer to find out about the singer’s life, possibly including the breakdown she went through and how she picked herself back up. A rep for Spears said that she is in talks to write a book based on her life.

“Her rep confirms that It Books, an imprint of HarperCollins, which has released many popular musician memoirs (among them: autobiographies by Sammy Hagar, The Game, Slash and Motley Crue), is having ‘discussions’ with the singer,” said the Hollywood Reporter.

But the book wouldn’t exactly be an autobiography. The Hollywood Reporter is reporting that the book would be “based” on Spears’ life but would technically be a fiction. Lauren Conrad wrote a book in a similar fashion, based loosely on her life. Conrad’s novel, L.A. Candy, is about a girl who gets her own reality show after moving to Los Angeles. The star of The Hills has written two more novels since then.

Besides Conrad, others who have recently decided to become authors include Snooki from Jersey Shore and the Kardashians.

Spears might earn a large amount by venturing into the world of literature, likely much more than Conrad, Snooki or the Kardashians made. Because she is currently a judge on a network TV show (making somewhere around $15 million for that job), as well as “having sold nearly 100 million albums worldwide in her career,” said the Hollywood Reporter, she is likely to be paid a substantial amount for any book she might write. There is no word when it might be released.