Nadya Suleman’s son is in need of a restraining order. Elijah, the eldest of Octomom’s 14 children, is fighting back against an ex-nanny who doesn’t seem to know how to move on! 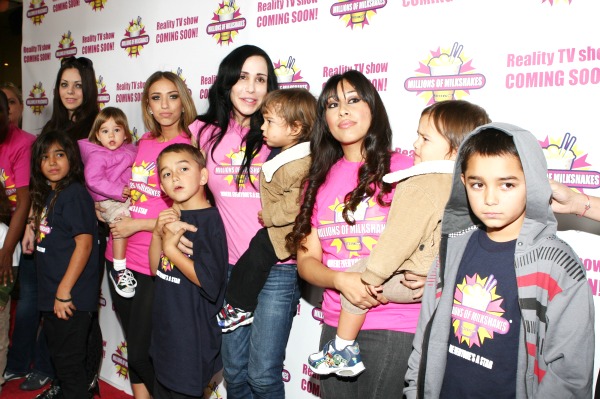 News of Octomom’s son’s restraining order against an ex-nanny comes nearly two weeks after the mother of 14 checked into rehab. As other nannies and friends care for the octuplets and six older children while Nadya Suleman is getting help, Elijah has turned to the legal system to keep his harasser away.

A judge has ruled in favor of granting Octomom’s 11-year-old son a restraining order against Gina Bryson, who used to care for him and his siblings. TMZ reported Monday that Elijah fears the woman is bizarrely obsessed with him and won’t leave him alone.

Elijah is the first but possibly not the last of Nadya Suleman’s children to file a restraining order against the ex-nanny. Allegedly, Gina Bryson has also been harassing two of the young boy’s siblings by sending them text messages and making phone calls.

Amerah, born in 2002, is closest in age to Elijah, followed by Joshua, Aiden, Calyssa and her twin brother Caleb. The octuplets (Noah, Maliyah, Isaiah, Nariyah, Jonah, Josiah, Jeremiah, and Makai) will celebrate their fourth birthdays on Jan. 26 of next year.

Nadya Suleman currently remains in the Chapman House Treatment Center in Los Angeles, where she voluntarily checked in on Oct. 23 for a 28-day stint. She is said to be receiving help for anxiety, exhaustion, stress and Xanax dependency.