CBS has found a Super Bowl buddy. The network’s confirmed which one of its shows will air after the big game. It’s not Criminal Minds, Person of Interest or 2 Broke Girls. 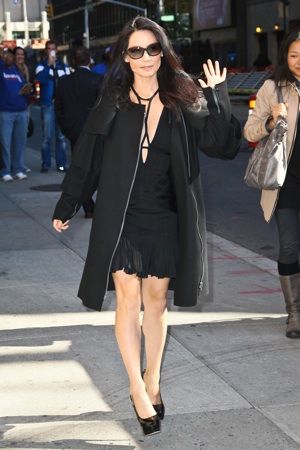 It’s no secret that the Super Bowl is a ratings giant. The game earns record numbers every year. And it’s the only time viewers look forward to commercials as much as the event itself.

With a lead-in like that, networks try to capitalize on the audience. Post–Super Bowl programming is key. Networks often use the extra eyeballs to promote a new show or help boost one of their veterans. This year, CBS is going with the former.

Sherlock Holmes comes to the 21st century in Elementary >>

According to The Hollywood Reporter, the new drama Elementary has gained the coveted slot. The series, which stars Jonny Lee Miller and Lucy Liu, is a modern adaptation of the Sherlock Holmes stories.

Elementary is worth investigating >>

Elementary has fared well in the ratings. In fact, it’s one of the season’s most popular new dramas. CBS clearly favors the show, having recently granted it a full season pickup.

So how will Elementary do after the big game? Earlier this year, NBC used the event to launch The Voice‘s second season. The network drew “37.6 million total viewers, including 16.3 million in the key adults 18–49 demo.” The Super Bowl itself was “the most-watched program in U.S. history, with an estimated average audience of 111.3 million,” according to the Hollywood Reporter.

Other shows lucky enough to follow in the Super Bowl’s footsteps include The Office, Glee, House, Grey’s Anatomy and Undercover Boss.

Elementary will air Feb. 3 at 10/9c following the post-game coverage.

Will you be tuning in to Elementary after the Super Bowl?