Everyone loves a good cozy mystery. Take a break from your Thanksgiving preparations and see if you can guess “whodunit.” 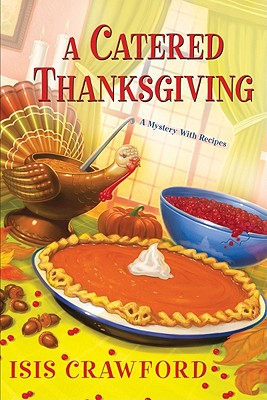 A Catered Thanksgiving
By Isis Crawford

When the Field family hired Bernie and Libby Simmons, owners of the A Little Taste of Heaven, to cater their family Thanksgiving feast, the sisters were worried about a lot more than making the perfect pumpkin pie. Monty Field, fireworks magnate, was know for his explosive tendencies, but when he blows up for real, the sisters find themselves caught up in a murder investigation. Although A Catered Thanksgiving is Isis Crawford’s seventh culinary cozy, readers can easily start with this installment. Bernie and Libby have their work cut out for them as they struggle to clear their own good reputations while finding the real family killer. The sisters’ Thanksgiving recipes are included in the book. 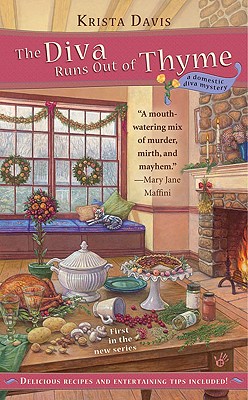 The Diva Runs Out of Thyme
By Krista Davis

Sophie Winston is getting ready for a seasonal stuffing cook-off and is hoping to beat her arch-rival, who is a Martha Stewart wannabe. The two compete not only in the kitchen but also in print, each writing a household advice column for different newspapers. When Sophie discovers a body and then another, her Thanksgiving plans get put on hold. She is in a race to find the killer before someone else turns up dead. The Diva Runs Out of Thyme is the first in the Domestic Diva a series by Krista Davis. Fun characters, ex-husbands, new fiancés, and holiday cooking make this novel a delight to read. Davis includes Sophie’s tips for entertaining plus some delicious Thanksgiving recipes. 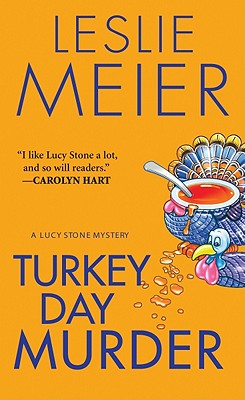 Newspaper reporter Lucy Stone is an active participant in local Tinker’s Cove, Maine, affairs. So in between planning her own Thanksgiving family feast, she’s volunteered to bake for charity, chaperone a school trip, and fight for Native American rights. When the body of a Metinnicut Indian, Carl Nolan, is found at the high school football game, Lucy decides to investigate the crime and its connection to nearby reservation politics. Turkey Day Murder is the seventh in Leslie Meier’s popular Lucy Stone series, but readers won’t have any trouble starting with this entry. Working mothers everywhere will admire Lucy’s ability to juggle four children, a job, and community service while finding time to track down a killer and still celebrate Thanksgiving. The underlying social issues give this twisty cozy a broad appeal. 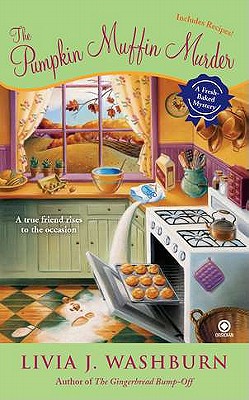 Phyllis Newsom is looking forward to the Weatherford, Texas, Thanksgiving festivities, which include an annual baking contest. But everything changes when she and her good friend Carolyn discover a dead body disguised as a scarecrow. Will Phyllis and her housemates track down the murderer before their holiday celebrations come to a dead stop? In Livia J. Washburn’s fifth Fresh-Baked mystery, The Pumpkin Muffin Murder, Phyllis, her grandson Bobby, and their friends and neighbors are on the case, hoping to clear the name of the victim’s wife and still have time to enjoy some yummy homemade muffins and cook Thanksgiving dinner. Washburn includes some great holiday recipes at the back of the book.