The Walking Dead has no problem killing off characters. This week, they stuck with tradition and axed a few series regulars. The episode was filled with some of the most gruesome, yet heroic deaths. 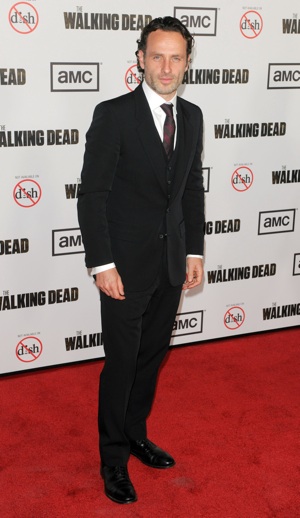 The Walking Dead is living up to its name. Nobody is safe. The zombies aren’t the only ones with targets on their backs. Sunday night, we lost not one but possibly three of the show’s main characters.

“Killer Within” was one of The Walking Dead‘s most gut-wrenching (literally) episodes to date. One of the prison inmates returned with a vengeance and wreaked havoc on the facility. Remember Andrew? He’s the guy Rick left to be eaten alive by the walkers. Guess what? He didn’t die.

Andrew opened the prison gate, allowing the yard to overflow with zombies. The group was separated. The element of surprise was too much for them to take, so we were served another helping of death.

While trying to protect Carol, T-Dog met his maker. After being bit, he offered himself up as zombie chow so she could escape the tunnels. Meanwhile, in another part of the prison, pregnant Lori went into labor. Like T-Dog, she knew she had a death sentence. She was content with dying so her child could live.

After a heart-to-heart with her son Carl (“You’re the best thing I ever did,”), Lori embraced her fate. Maggie performed a C-section with a hunting knife, which immediately caused massive bleeding. She managed to deliver the baby, and Lori’s lifeless body remained on the floor.

The Walking Dead’s Rick is ‘going to the dark side’ >>

By the end of the episode, Rick was dealt three major blows: T-Dog was dead, Carol was missing and presumed dead and his wife died in childbirth. We won’t be surprised if he has a full psychotic break. You have to remember, this is only Episode 4. He hasn’t even encountered Merle or the Governor yet. How much more can he take?

Were you shocked by the show’s latest casualties?