Each month Candace of Beth Fish Reads recommends the best in audiobooks, the perfect way to read when you’re on the move. November’s recommendations put listeners in a Thanksgiving mood by introducing them to the people and places of colonial New England.

Mayflower: A Story of Courage, Community, and War 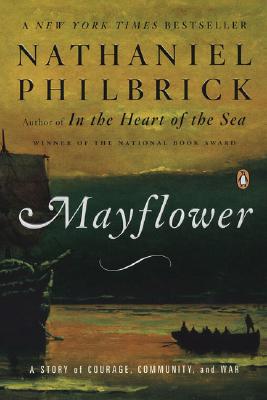 Beginning with the voyage of the famous ship and covering the first half century of life in Plymouth Colony, Nathaniel Philbrick’s Mayflower tells the story of the original Pilgrims, the difficult years of establishing the settlement, and of course, the first Thanksgiving. Philbrick writes in an easy-to-read, literary style and avoids the schoolroom stereotypes of noble savages and pious colonists. In addition, Mayflower presents the story from several perspectives, giving us a balanced view of 17th-century New England. George Guidall’s expressive reading brings the history alive for listeners, keeping us engaged for the entire journey — from the launch of the ship in England, to the first peaceful harvest celebration, and to the eventual destruction of King Philip’s War. 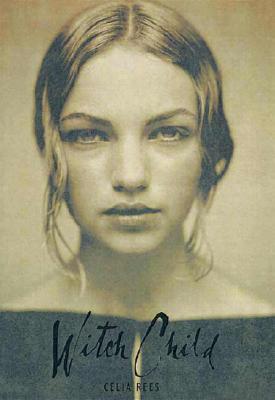 After witnessing her grandmother being hanged as a witch, young Mary Newbury escapes to the New World before she too is brought to trial. Life in her Puritan settlement is ruled by devout Christianity, and Mary is forced to keep her family background a secret. But as the year 1666 approaches, the colonists become ever more vigilant for signs of the devil. After several unfortunate and disruptive events, the town leaders are convinced that evil forces are alive in their midst. When accusing eyes turn in Mary’s direction, she begins to fear for her life. But where can Mary go to find understanding and feel safe? Celia Rees’s Witch Child, told through Mary’s diary entries, is engaging historical fiction for teens and adults alike. Veteran narrator Jennifer Ehle captures the heart and soul of Mary, expressing her fears and dreams with pitch-perfect emotion. 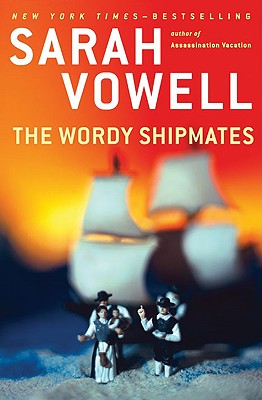 In The Wordy Shipmates, Sara Vowell asks, “What were the Puritans and early Massachusetts colonists really like?” In this fun look at history, filled with fascinating bits of trivia, we learn that early American settlers were not strictly pious and intolerant; they were multidimensional individuals who thought about much more than just their religion. Mixing humor with firsthand accounts of the colonists themselves, Vowell compares the experiences of several settlements, exploring religion, education and politics, and demonstrating how these concepts shaped American history. The bulk of the audiobook is read by Vowell herself, with other narrators taking over for direct quotations from original sources, keeping listeners cued in to the text. Taking us from courtrooms to living rooms, Vowell presents early American history as you’ve never heard it before.