Jane is having a tough time proving the ghost with the hatchet tried to kill her. Will she finally say she’s had enough of this place and head back to safe Indiana? 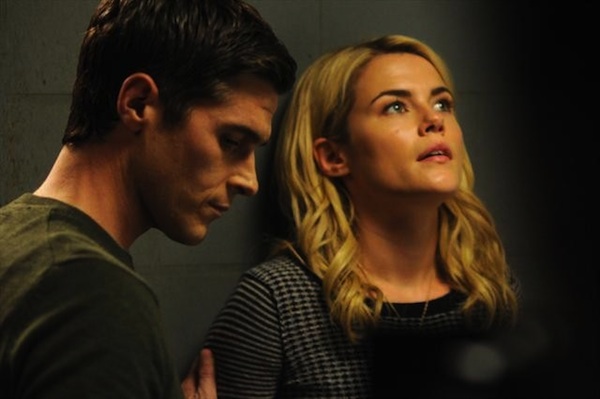 We have finally found Jane’s (Rachael Taylor) limit and it’s almost getting hacked to pieces by a ghost who thinks she is his dead wife. And if that wasn’t enough, it’s also discovering that the body of the man he killed has disappeared, the hole he cut in the wall has healed itself, and the elevator thing she escaped in doesn’t actually exist. And to make matters worse, all of this is revealed in front of the detectives who are trying to solve the case.

Poor Henry (David Annable) doesn’t know what to think. Mostly, because instead of listening to Jane, he’s rather focused on his newfound celebrity and riding that wave to becoming a politician. He does take the time to hassle the detective about the case, but the guy only puts the idea in his mind that maybe Jane is just a tad bit crazy. Especially if any mental illness runs in the family.

The weird thing about this detective is that he later has a heart-to-heart with Jane. She opens up to him about the hatchet ghost and shows him the old article. He tells her he believes her because he felt like his grandpa’s ghost stuck around after he died. So, it’s kind of a jerk move to tell her that, but then tell Henry, “Hey, your lady is a crazy pants and you should have her committed.” 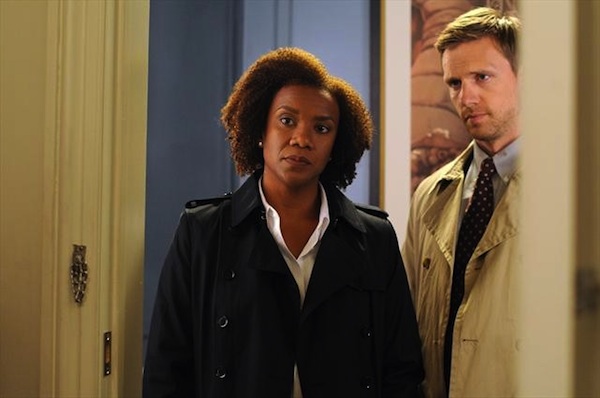 So, Henry’s really not having any of this. He meets with big shots who could launch his political career and his publicist Laurel keeps planting the idea in his head that Jane won’t be a good supportive partner as he climbs the ladder. This does not help matters when Jane says she wants to move back to Indiana because she feels like there is a darkness in The Drake and she’s going to go crazy. The two fight and Henry just walks out. No discussion. However, the preview for next week’s episode says he’s going to propose. I’d like to see how that leap was achieved.

In Gavin’s (Terry O’Quinn) side of The Drake, things are getting pretty hectic. Olivia (Vanessa Williams) finds out she was drugged (despite his attempts to hide it from her) and he has to tell her someone stole the box. She’s very concerned they are in trouble. I would be, too, considering the guy who stole it opened the box out of curiosity and died like he was in The Ring. One of Gavin’s associates, Sam,  betrayed him and helped to steal the box in order to set up a meeting between Gavin and the new villain, Shaw.

Gavin was told Shaw wanted $10 million, but what he really wants is to take everything away from Gavin, like he does to everyone else. Somehow, the box is key. Shaw rambles on about Olivia’s ex-lover and a vicious man who is trapped in the box…? Not sure about all that, but I’m sure it will be explained next week.

Instead of Gavin giving him the $10 mil, he gives Shaw Sam’s severed head in a box. Oh, yeah, he just got Seven-ed!

Also, Jane figures out that the hatchet ghost’s wife was her grandmother. I don’t understand how if everyone seemed to die before her own parents would have been born? But, I’m rollin’ with it.