Are Jennifer Lopez and Eva Longoria’s political endorsements a nod to changing demographics in the U.S.?

Related story Alex Rodriguez Is Reportedly Looking For 'The Next J.Lo' in His Dating Life 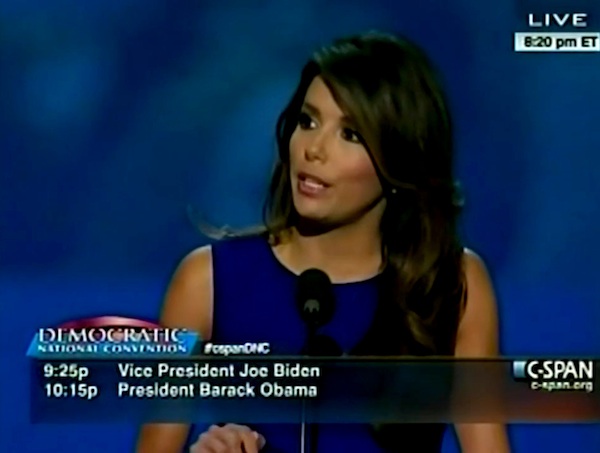 The 2012 presidential election comes to a climax this Tuesday, Nov. 6, 2012. This election season has brought out a myriad of celebrity endorsements, with arguably the majority tilting toward current Democractic President Barack Obama rather than Republican nominee Mitt Romney. However, what is remarkable about the 2012 election is the increased influence of high-profile Latino endorsements. Fox News reports that the influence of these individuals is debatable, but many experts feel the change is a signal that young Latino voters will have a tremendous impact in the 2012 election and in elections to come.

A quick search of the celebrities who have endorsed President Barack Obama is a bit mind-boggling. The list includes hundreds of individuals, ranging from fashion designers to actors, who are involved in the President’s re-election campaign and hope to bring another Obama victory come Nov. 6, 2012.

The list below constitutes just a small fraction of the A-list Latino celebrities who have publicly endorsed President Barack Obama:

“He knows what it is like for families who are struggling to make ends meet and make a better life for their kids,” said Lopez. “Join me and become part of Latinos for Obama today. Estamos unidos. (We are united.)”

Of the 23.5 million Latinos who are eligible to vote, 12 million are anticipated to vote in the 2012 election. Elayne Rapping — a professor emerita of American Studies at the University at Buffalo, The State University of New York — talked to Fox News about the importance to Latino voters of celebrity endorsements from the Latino community.

“As voters get younger, as older generations die, the importance of pop culture also grows since young people are avid consumers of all kinds of media in a way older folks are not,” said Rapping to Fox News Latino.

Mitt Romney has some Latino supporters but struggles to attract the same attention as does Obama. So far, Romney has enlisted comedian Robert Rodriguez. The 2012 election may show a demographic gap between Romney and Obama in regards to Latino voters and Latino celebrities who endorse Obama. That may ultimately hurt Romney at the polls.

“When a celebrity endorses a person running for office, it is, in a sense, a form of branding… The brand name is the celeb’s name attached to the ticket,” says Lawrence Pitilli, a professor at St. John’s University in New York City.

What do you think: Will celebrity endorsements influence your vote in the 2012 election?