The Disney cartoon broke a record at the box office, and many are pointing to Hurricane Sandy as a reason for the high theater attendance over the weekend. 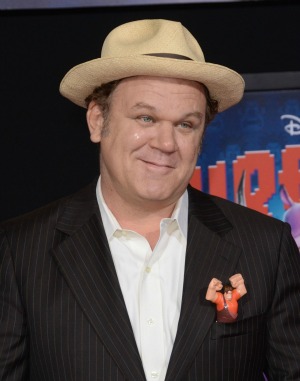 Wreck-It Ralph seemed like it might be just another Disney cartoon, but audiences have proven it’s so much more than that. The movie, in which John C. Reilly voices the title character, opened on Friday and has since earned $49.1 million at the box office.

“The cartoon’s debut not only topped the weekend chart but also smashed the opening-weekend record for a non-Pixar, in-house-made Disney cartoon,” said Rolling Stone.

There could be multiple reasons for the high box office numbers, including the film’s possibly widespread audience. Also, since the story is based on a video game from the 1990s, many Gen Xers may be fans, especially since many of them have kids of their own now.

Disney may have also benefited from Hurricane Sandy, since moviegoers both inside and outside the hurricane zone probably just wanted to escape the world for a few hours. But Wreck-It Ralph wasn’t the only movie to benefit from Sandy.

The Denzel Washington film Flight came in second over the weekend, with $25 million. Without Wreck-It Ralph, that number very well could have put Flight in the number-one spot.

“That’s very good for a movie that opened on fewer than 2,000 screens,” said Rolling Stone. “Indeed, its hefty per-screen average of $13,275 was slightly higher than that of Wreck-It Ralph ($13,086), which was playing in more than twice as many venues.”

Last weekend’s top film, Argo, held its own by staying in third place this week, with $10.2 million. The Ben Affleck film has been doing fairly well and has been keeping people coming to the theaters. It has now sold a total of $75.9 million in tickets. The Man with the Iron Fists brought in $8.2 million for a fourth-place finish, and Taken 2 brought in $6 million. That gives the latter movie a total of just over $125 million for the five weeks it’s been out.