The actor is developing a movie to detail the life Rush Limbaugh. But the actor chosen to play the conservative talk show host may be the biggest surprise. 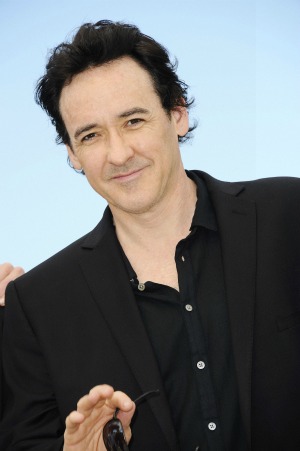 An unlikely celebrity has announced that he will be creating a biopic about conservative talk show host Rush Limbaugh. According to Lynn Elber with the Associated Press, actor John Cusack‘s production company announced the project Friday.

The most interesting part of the story may be that Cusack is planning on playing Limbaugh in the film. Even as a member of the media, Limbaugh is a news maker himself and likely will make scriptwriting easy.

“Limbaugh is in the front ranks of colorful and provocative media figures,” said Elber. “Earlier this year, Limbaugh called a Georgetown law student a ‘slut’ and a ‘prostitute’ on air for arguing to Democrats in Congress that health plans should pay for contraception.”

And just this week, Limbaugh called a relationship between President Obama and New Jersey Gov. Chris Christie a “bromance.” The two had been working together to help with the disaster areas caused by Hurricane Sandy.

“The subject matter for John Cusack’s Rush Limbaugh movie could be endless,” said Inquisitr.com. “In the last few years alone, Limbaugh has become a media hotpoint as he led the conservative backlash against President Barack Obama.”

As for Cusack’s politics, they seem to be up in the air at this point. According to Elber, he did attend President Obama’s 2008 inauguration but has since criticized some of his policies. Limbaugh’s rep did not have a comment, but it sounded like this may be the first Limbaugh’s camp had heard of the film.

“Cusack as Limbaugh isn’t typecasting, politics aside,” said Elber. “Cusack is a slender, dark-haired 46-year-old, while Limbaugh is 61, balding and portly. But Hollywood’s makeup experts have probably had greater challenges.”

There is no word yet on a possible release date for Rush.