The singer was thrust into the music scene in 1995 but quickly became an ambassador for women. She takes that job seriously. 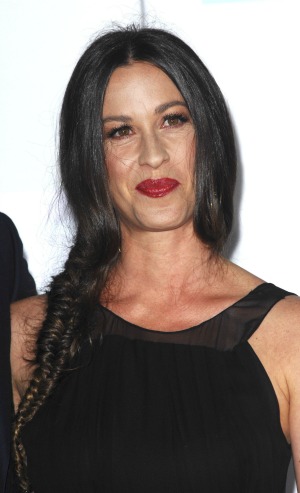 Alanis Morissette‘s album Jagged Little Pill came out in 1995, into a world of grunge rock and male-fronted music. She quickly became a symbol for women at the time, and she feels the world has lost a lot since then. She wrote a commentary for the Daily Beast, talking about her experiences with feminism and society.

“In 1995, I was thrust into the role of reluctant, flag-waving feminist and emotionally focused artist/advocate,” she said. “Overnight, I was being asked to lunch by feminists the world over, and yet I was not in any way objective about my place or contribution to this latest rising of the divine feminine in our culture.”

Morissette had hope in the 1990s that things would change. But she also mentioned she was in no position to be the voice of a generation, because of her young age at the time and inexperience with such a large task. But she did feel the world of art at the time was moving in the same direction she was.

“The 1990s offered a glimmer of hope, as the feminine side was beginning to be explored — with less apology — in music, film and comedy (all known for their masculine-centricity),” she said.

She said that feminists and all women learned a lot in that decade, and the fight they were fighting, while not over, has changed. Morisette’s commentary is in line with the advocacy role she was given, though, and she obviously continues to feel that responsibility.

“Slowly, it became clear that we have not been fighting each other in a ‘gender war’ — as it became so popularly known — nor that the ‘war’ was personal in any way. What we really had been fighting was the idea that feminine and masculine are inextricably linked and dependent upon each other.”

The singer seems to have finally become the feminist she felt she needed to be in 1995. At the end of the lengthy opinion she wrote on the Daily Beast website, she said that she feels men and women both have a responsibility to keep femininity at the level it is currently at.

“It is a brave act indeed for both men and women to embrace rather than shame or attempt to eradicate the feminine,” she said.